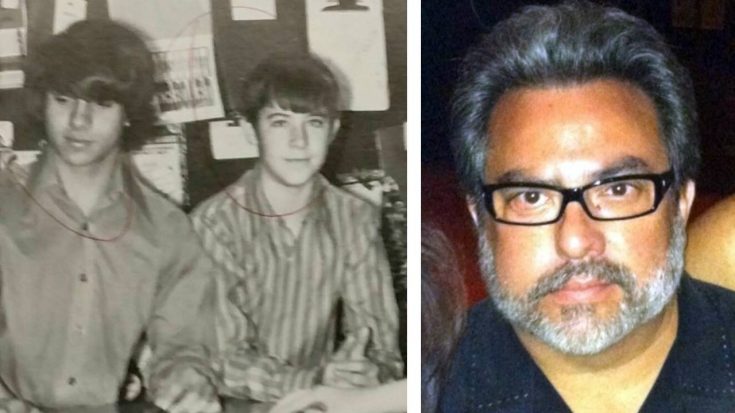 For the last 30 years, Vince Gill has had the same guitar tech working and traveling with him to every show.

A guitar tech is an important job. This person makes sure every instrument the musician plays throughout the show is tuned up properly and switches them out before and after each song. A musician and guitar tech have to trust each other, which is why Gill didn’t have to look too far for his.

He chose a childhood friend who he grew up playing music with – a man named Benny Garcia. Prior to working professionally with Garcia, he and Gill had a 20-year-long friendship, dating back to their garage band days.

In a press release on Wednesday (May 13), Gill announced that his longtime friend had passed away on May 9 – two days after his 64th birthday. The legendary singer shared a recent photo of his friend as well as one of the two from childhood.

“Benny and I had a 50-year friendship,” said Gill. “We met as kids and played in our first garage bands together, and for the last 30 years….” Read More: https://bit.ly/2LDt1A1

Gill’s release revealed that Garcia had passed away from pancreatic cancer.

“Benny and I had a 50-year friendship,” Gill said. “We met as kids and played in our first garage bands together, and for the last 30 years, he traveled with me everywhere. And for the last 50 years we’ve been inseparable.”

Not only did Garcia work as a guitar tech for Gill, but his resume includes working for artists such as Crosby, Stills & Nash, the Dixie Chicks, Trisha Yearwood, Mary Chapin Carpenter, and Reba McEntire.

Garcia is survived by his wife of 40 years, Brenda, their dogs, Gibson and Gomez, his mother Clara, his sister Lisa and her fiancé Jeff, and his brother Paul.

Because of the coronavirus pandemic, the family has announced that a public service will not be taking place, but a celebration of his life will be held at a later date.

Our thoughts and prayers are with Garcia’s family.