The Important Detail Everyone Missed On Dolly Parton’s Grammy Outfit 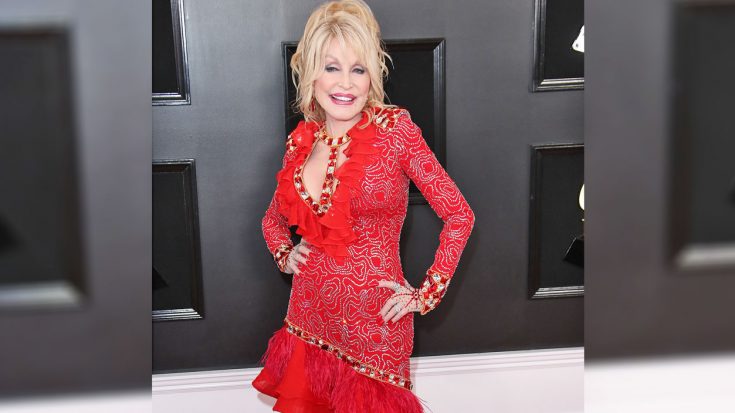 The 61st Annual Grammy Awards was a big night for country legend, Dolly Parton! From her powerful tribute performance to winning the MusiCares Person of the Year, she was a shining star all weekend long! As Parton is known for her bright and flashy outfits, she did not disappoint on the red carpet. But did you notice the most important part of her outfit?

Dolly strutted onto the red carpet in a dazzling red dress with silver details and gemstones lining her neckline. The gorgeous getup was the perfect look for music’s biggest night – most importantly including her red sparkly heels. As the iconic Parton smiled and waved from the carpet, her red ensemble had more of a meaning than fans thought.

Following the awards ceremony, Parton shared a photo of herself to Instagram with the caption “Red carpet, red dress, red shoes!” The “Jolene” singer was referencing her new song, “Red Shoes” that she wrote for her 2018 Netflix film, Dumplin’. Parton is featured on every song on the film’s soundtrack and she wrote six of the twelve tracks exclusively for the film.

Parton even shared a close-up of the gorgeous red heels backstage.

What a fabulous evening that was! And seeing all the sweet things being said about the performance and about "Red Shoes" might have this lady turning a rosy-red! ? #GRAMMYs

After singing a few of her biggest hits, Parton stunned the audience with her live performance of “Red Shoes.” From her outfit to her red shoes, the song couldn’t have been more fitting. The 73-year-old country star was glowing as she lit up the stage alongside Little Big Town.

Don’t worry – if you missed her incredible tribute performance you can watch it below!