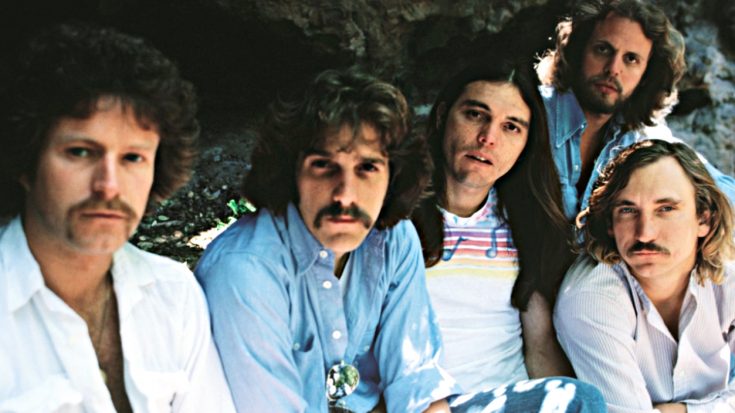 The Eagles have collaborated with some of the most notable songwriters in the world, including Bob Seger, Jackson Browne, and surprisingly, Ronald and Nancy Reagan’s daughter.

According to Eagles Online Central, Ronald Reagan’s daughter, Patti Davis, was romantically linked to Eagles guitarist Bernie Leadon from 1974 to 1975. The couple lived together, and one day, Leadon heard Davis dabbling with a song. The guitarist helped Davis finish the tune, and he insisted on including the song on the Eagles’ One of These Nights album.

Unfortunately, his fellow band members did not feel the same excitement over Davis’ songwriting collaboration, “I Wish You Peace.” Glenn Frey and Don Henley were especially opposed to including the song on their upcoming album. The resistance was partly because the pair disliked the song, but the members were also very liberal-leaning. Neither Frey nor Henley was thrilled that Davis’ father was the Republican Governor of California at that time, which was five years before Reagan would be elected president. Still, Leadon was insistent. The guitarist recalled his reaction in an interview with Rock History Music.

“I basically let it be known that if they didn’t record that song, that I was gonna break his arm, or something like that,” Leadon stated with a laugh.

Even though Henley dismissed the song as “smarmy cocktail music,” the band included the piece as a gesture to keep the Eagles together. Ultimately, Leadon still left the band after One of These Nights became the Eagles’ first No. 1 on Billboard.

“Like anything, some people like it, some people don’t,” Leadon reflected on the song. “Some people loved it and used it in their weddings. You just never know, man.”

You can listen to Leadon’s full interview on the matter in the video below!