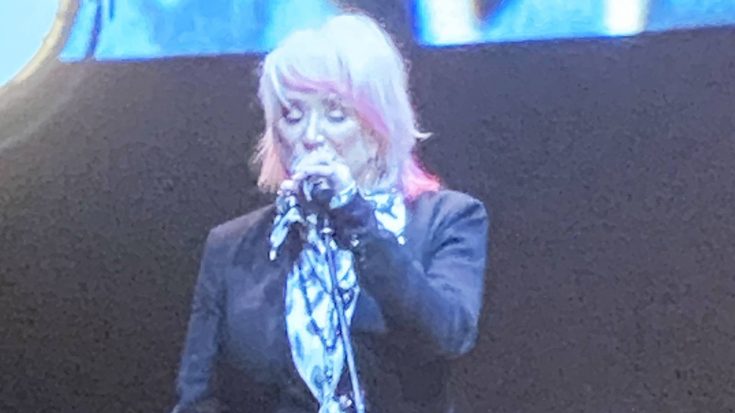 On February 12, 2020, country fans flocked to Nashville’s Bridgestone Arena for a good cause. All for the Hall, an event that benefits the Country Music Hall of Fame, was held and hosted by Keith Urban.

Swipe through Urban’s post below to see some pictures from the night.

An awesome night celebrating music and the @officialcmhof. Thank you to all the artists and everyone who attended! #AFTH7 ? Jason Kempin and Terry Wyatt/Getty Images for the Country Music Hall of Fame and Museum

This year, the theme of the benefit was “Under the Influence.” After singing one of their own songs, each artist would then sing a cover to pay tribute to an artist who influenced them as a musician.

When it came for Tanya Tucker’s set, she performed more than one song that influenced her career. She performed George Jones’ “The Grand Tour,” Loretta Lynn’s “Blue Kentucky Girl,” Merle Haggard’s “Workin’ Man Blues,” and Tammy Wynette’s “Stand By Your Man.”

“I’ve had a lot of heroes in my day,” Tucker said introducing her performance. “So many it might take up the whole show. But I picked four of my very favorites.”

She dove right in to the opening lyrics of “The Grand Tour” and was immediately garnered with cheers and applause from the audience, seemingly approving her choice of influence.

Watch her awesome performance of “The Grand Tour” below.