Amy Grant Discovers She’s Had A Heart Condition Since Birth 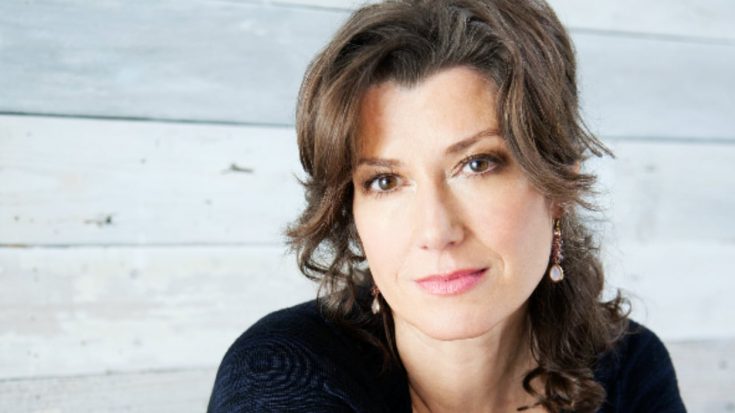 For 59 years, Amy Grant assumed she had a perfectly healthy heart. But up until recently, she lived her life not knowing she had a heart condition.

February is American Heart Month, and the first Friday of every February is known as the “Go Red for Women Day.” On this day, people don red attire to raise awareness about strokes and heart disease in women.

This year, country music superstar Shania Twain performed at the Go Red for Women fashion show while dressed from head to toe in red. She sang a number of her hit songs, including “Any Man of Man.”

Since the Go Red for Women Day just occurred on February 7, Grant decided to open up to her fans about her own heart health.

In a post on Instagram, Grant shared that her doctor, John Bright Cage, encouraged her to get a checkup because of her dad’s heart history. While Grant was feeling good “as always,” she said the tests Dr. Cage put her through revealed a heart condition she’s had for her whole life…and never knew.

“…the battery of tests he put me through show that I have had a heart condition since birth,” she wrote.

The reason why Grant never knew about her condition is because it is asymptomatic, meaning she has never experienced any symptoms. She called that “the first good news” while writing her message to her fans.

Her “second good news” was also encouraging to hear. “…[the condition] is fixable, so instead of concerts and camping trips this summer, I am going to take care of my heart,” she said.

Grant ended her post with a message to her fans, asking them if they were going to look after their own heart health.

Since February is heart health awareness month, I want to send a shout out to my doctor, John Bright Cage. He suggested I have a check up because of my Dad’s heart history As always, I am feeling great, but the battery of tests he put me through show that I have had a heart condition since birth. The first good news is that I am completely asymptomatic. The second good news is that it’s fixable, so instead of concerts and camping trips this summer, I am going to take care of my heart. Are you taking care of yours?! Please do. xo, Amy #HeartHealth #PAPVR #EveryHeartbeat

As she said, Grant is taking the summer off to focus on her health. But she’s currently on tour through May, and will hit the road again in September after taking a little break.

Grant’s followers rushed to the comments section of her post to share their support and prayers for her. We too, join them in praying for her and her health.