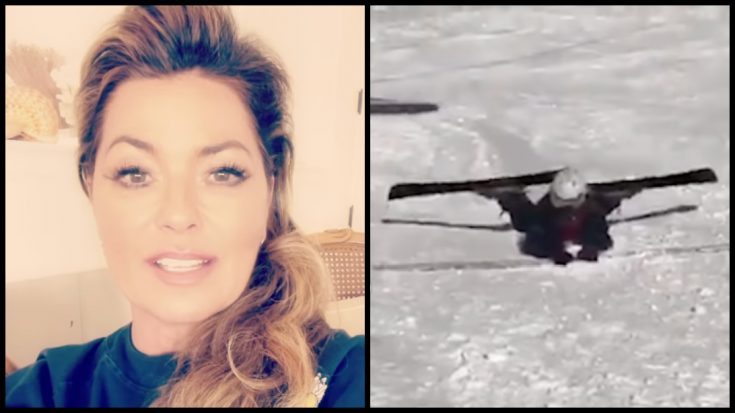 Shania Twain has many talents, but according to a new video posted by the singer, skiing may not be one of them.

In a pair of clips shared to Instagram, the Canadian-born country star gives a shoutout to Team Canada’s freestyle snowboarding competitor Laurie Blouin who credits her success to Twain’s music. In an interview prior to the kickoff of the 2022 Winter Olympics, Blouin shared that her secret weapon is Shania Twain’s “Man! I Feel Like A Woman!”

“Laurie, I wanted you to know that I am so honored to know that you listen to my song to warm up during competitions. Good luck. Have a great time at the Beijing Olympics,” Twain said.

Along with the message to Blouin, Twain posted a video of her own embarrassing skiing mishap. The singer is seen going down a ski slope before getting out of control and falling to the ground and sliding down the hill on her stomach. “I’m not sure why I didn’t qualify. ?” Twain captioned the video that was first shared in 2017 while she was skiing in Verbier, Switzerland, near where she has a home.

From the looks of Twain’s social media, she is a more accomplished skier than she’s let on.

I enjoyed a beautiful ski in Villars Switzerland today. Hope you’re having a wonderful, holiday season too! pic.twitter.com/90Y1udPI83

Check out Shania Twain’s ski fail in the video below.