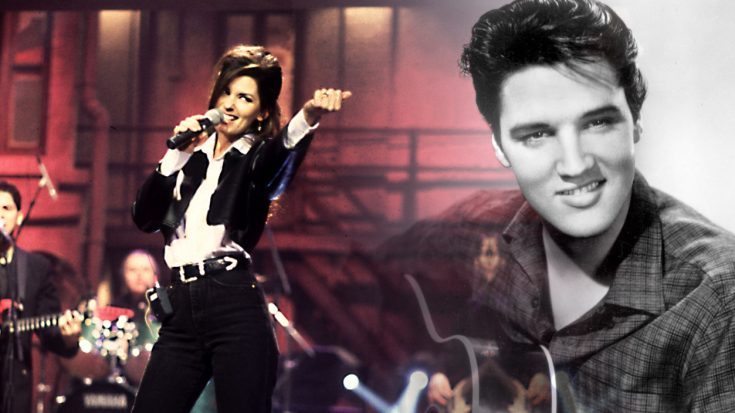 Her childhood idol, Elvis Presley stood for everything a young and poor Shania Twain dreamed of in the vast tundra of Northern Canada – and this moment brought it all full circle.

A Difficult Childhood & Her Beginnings

Twain, who was born Eileen Regina Edwards, grew up in a very impoverished household and at the age of eight began singing to try and pay some of the family’s bills. She’s described her childhood as “difficult” before, but throughout it all, she had one savior – music.

As a child, she performed in school plays and musicals as much as possible. She credits a lot of her time performing in school to helping her out on the road. Growing up, one of her biggest musical inspirations was rock music – and to that degree, Elvis Presley. He blended the best of rock and roll with country music and it hit home for Twain.

As she began working toward the country-pop icon we know her as now, Twain worked as a performer in Canada’s famed Deerhurst Resort for years – often recording covers of treasured rock songs that never made it to mainstream media.

By the time she was sitting pretty on top of the country music charts, much of the world had forgotten about her roaring beginnings as this talented resort performer.

Just a couple years into her prolific recording career, Twain appeared on a television program with fellow Canadian music icon, George Fox, and sang a tribute to Elvis that will leave you wanting more!

Singing the 1956 song “I Want You, I Need You, I Love You,” Twain pours every bit of herself into this time-honored song and provides a shining example of her boundless talent – something the world was just getting ready to witness first-hand.

Watch Shania Twain’s unforgettable tribute to her idol in the video below.