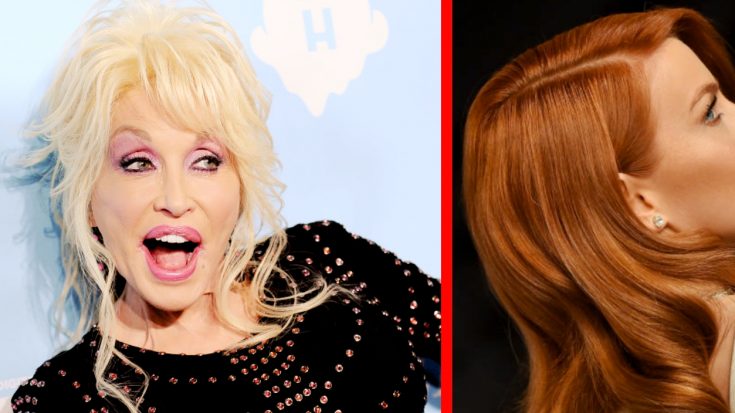 The wait is finally over!

Following the success of her Coat of Many Colors films, Dolly Parton hinted that more such projects would follow in the future based on some of her other songs. From the get-go, she made it clear that a project centered on “Jolene,” a song about a red-headed woman who steals the narrator’s man, was going to be one of the top priorities.

Parton first dropped hints about a “Jolene” movie deal in 2016.

But after ages of waiting, fans received no news about the project.

After nearly two years passed, it seemed that the “Jolene” movie was never going to be made. At last, Dolly offered some hope to fans during a March 2018 interview when she said the project was still happening, it had just been “delayed.”

So why was everything pushed back? Well, because the script wasn’t quite how Dolly wanted it, and she needed to make sure it was perfect.

Fast forward a few months later to June, when Dolly announced her plans to kick off a new eight-part series with Netflix. As she revealed, each episode of the series would tell the stories of one of her songs, including “Jolene.”

“As a songwriter, I have always enjoyed telling stories through my music,” she said in a statement. “We hope our show will inspire and entertain families and folks of all generations.”

With renewed hope that a “Jolene” project was finally happening, country fans around the world started to wonder who would be cast as the song’s infamous title character.

So Who Will Be Jolene?

Finally, a report from Variety has let everyone know who will be playing “Jolene”…and it’s someone you already know and love!

That someone is none other than professional ballroom dancer, country singer, and actress, Julianne Hough.

While Julianne’s career started as a professional dancer on Dancing with the Stars, she later branched off into music, television, and film. She famously released a chart-topping country album in 2008, and won an ACM Award for Top New Artist.

As an actress, Julianne has played Ariel Moore in the 2011 remake of Footloose, fitness icon Betty Weider in Bigger, and Sandy in the live television special Grease: Live.

Will She Make A Good Redhead?

We already know that if Jolene needs to sing or dance in Dolly’s new series, Julianne will be more than capable of doing so.

But how will she look as a redhead? After all, Jolene’s red hair is her defining feature, right next to her “eyes of emerald green.”

Well luckily for y’all, we already know what Julianne looks like with fiery locks, because she’s dyed her hair red before!

According to Variety‘s report, Julianne will only appear in the “Jolene” themed episode of Dolly’s new series, titled Dolly Parton’s Heartstrings. Her character is described as being “A flirtatious free-spirit with aspirations of escaping her small hometown of Coventry, GA to follow her dreams of becoming a successful singer-songwriter.”

Dolly will also appear in the “Jolene” episode of the series as Babe, the owner of a local honky tonk and proud mother figure to her favorite waitress, Jolene.

It Gets Even Better…

Playing Aaron,  the man Jolene sets her eyes on, will be The Walking Dead and The Good Wife star Dallas Roberts.

As if all of that wasn’t exciting enough, Aaron’s wife, named Emily in the series, will be played by another celebrity y’all probably know well. She’s none other than Kimberly Williams-Paisley, star of Father of the Bride and Nashville and wife to Brad Paisley!

A post shared by Kimberly Williams-Paisley (@kimberlywilliamspaisley) on Oct 10, 2018 at 8:27am PDT

With a cast like that, it’s clear that the “Jolene” episode of Dolly’s new series is going to be a show-stopper.

So far, no release date for the series has been revealed, but we’re sure y’all will anxiously be waiting for its debut. In the meantime, get yourself even more excited by watching one of Dolly’s old performances of “Jolene” below.

What do y’all think about the casting in the “Jolene” episode? We’d love to hear your thoughts!