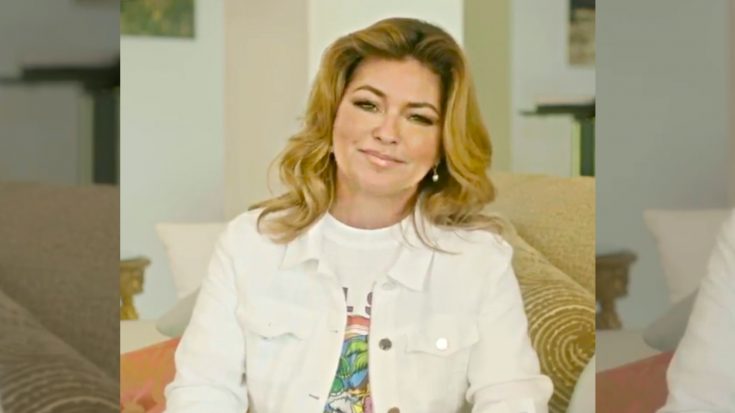 Shania Twain has some thoughts on fellow country star Blake Shelton’s upcoming nuptials, and she did not hesitate to share her opinion with fans.

Shelton asked Gwen Stefani to marry him after about five years of dating. According to the country star, he hopes to tie the knot with Stefani in 2021. Shelton told Hoda on TODAY that he would rather have a summer wedding than wait until the fall. While the couple has stayed coy about a definite date, multiple celebrities have volunteered to perform at the reception, including Miley Cyrus. Other stars have expressed their hope for an invitation, and Twain is no exception.

“When you set your wedding date, let me know. Even if I’m not invited, I’ll be thinking of you,” Twain stated on an episode of her Home Now Radio on Apple Music. “I’ll be sending good thoughts your way.”

While Twain wishes Shelton and Stefani the best, she also acknowledged that not all couples that share a love of making music work out. The singer referred to her previous marriage to her ex-husband, Mutt Lange.

“I have experience with this theme, couples making music together,” she explained. “Now I’ve made a ton of songs with my ex-husband. We co-wrote everything together while we were married for 14 years.”

Still, Twain holds no bitter feelings about the music she created with Lange. Instead, she hopes that their shared music will “live on forever.”

For more on Shelton and Stefani’s upcoming wedding, check out the video below.