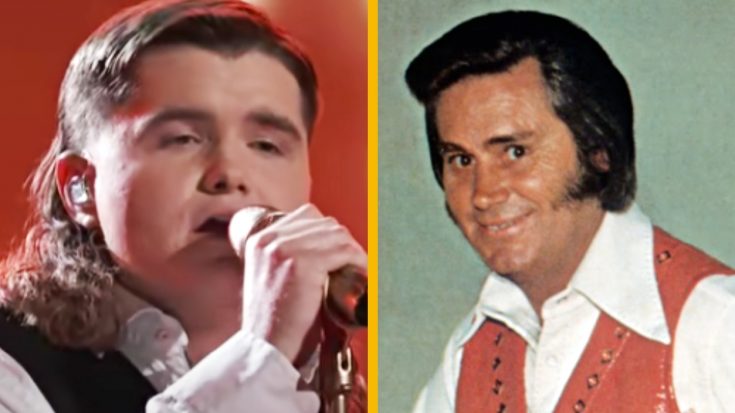 The season finale of NBC’s singing competition, The Voice, is approaching, and the remaining contestants continue to shock fans by taking every performance to the next level.

Kenzie Wheeler, 22, serenaded fans with a rendition of the George Jones hit “He Stopped Loving Her Today.” Wheeler wore his signature mullet as he performed the song in the middle of a raised platform. The simple setup of the stage highlighted the country crooner’s voice as he took fans back in time to a classic era.

Previously, longtime coach, Blake Shelton, prematurely declared Wheeler to be the next Voice winner. Fellow judge, Kelly Clarkson, used a block against the country star to keep Wheeler from going to his team. Later, Shelton admitted that Clarkson would probably win season 20.

Wheeler’s classic sound is sending him to The Voice finale. Watch his full performance of “He Stopped Loving Her Today” in the following video.