Sam Elliott Spoiled “1883” Before It Even Aired 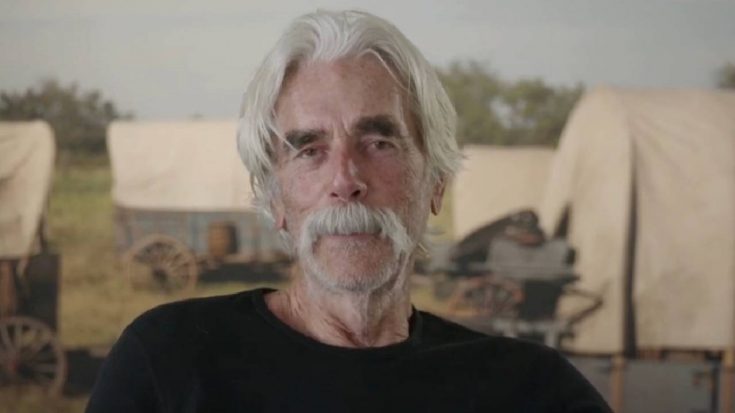 The hit Paramount+ show 1883 has broken many different streaming records. It premiered on December 19, 2021 and its season finale became available on Sunday, February 27. And to be honest, it’s all we can think about or read about!

Because there won’t be a second season of the show, we keep going back to previous interviews and clips to see if there was anything we missed while we were entranced in the story of how the Dutton family ended up in Montana.

Turns out, there was…a big one. During a virtual press interview, Elliott spilled the beans on the entire season…and we didn’t even realize it!

He was talking about the relationship between his character, Shea Brennan, and his right-hand man, Thomas (LaMonica Garrett). Elliott said, their relationship “is the most important to me in the entire show.”

The legendary actor continued, “Thomas kinda takes care of Shea along the road, and he keeps talking him out of committing suicide every morning. You know, that’s just part of their deal … I think Shea’s a bit of a psycho on some level, to be honest. He goes off on people, and Thomas brings him back, takes care of him and brings him back. I love that relationship.”

Here’s where her spoiled the show and we didn’t even know: “And Thomas and his love are the only two…”

Right as Elliott said that, he stopped himself, and said, “Well, I can’t go there, for the viewers,” but he ended up changing his mind and revealed, “Thomas makes it to Oregon.”

He said all this before the show even aired its third episode! How could we have missed this?!?!??! We will pay attention to any and all interviews by every single actor for the next prequel series, 1932.

Watch one of his many interviews from December below.