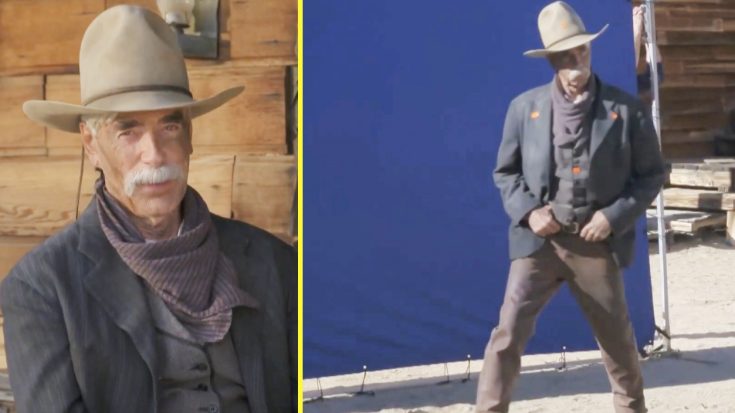 On Super Bowl Sunday, people are always ready to not only watch a football game, but also marvel at the iconic commercials that come along with it! Before the big game, Doritos released clips of their commercials, the first being on January 17.

The legendary Sam Elliott walks into an old western-style saloon dressed as a cowboy to ask the barkeep for a drink. In his signature baritone voice, Elliott begins to recite the lyrics to the GRAMMY Award-winning song “Old Town Road.” He continues reciting the words in a monologue style until he notices the ground shaking like someone important is approaching. Then, without saying a word, he turns and exits the saloon.

On January 29, they released a second clip, which features Elliott and the song’s original performer Lil Nas X participating in a dance-off duel. They stare each other down, each wiggling their fingers as though they are going to grab for a gun when Elliott says, “Make your move, cowboy.”

“Old Town Road” begins playing and Lil Nas X starts a dance off. He does a snake move with his arms, and Elliott rebuttals with the same move, except with his mustache! Their dance-off went on and on, with each celebrity busting out some impressive moves.

Access Hollywood was there the day they filmed the commercial and just released some behind-the-scenes footage on Thursday (Jan 30).

“And turns out this old cowboy’s got some dance moves. Well, with the help of some movie magic,” the host says in a voiceover.

As she says that, a clip of Elliott doing a choreographed dance plays. You can hear the choreographer counting time and giving directions over a speaker. Elliott is also fitted with several orange dots, which helped them create the dance moves he actually didn’t complete himself.

“Dancin’ with a pair of spurs on…Dancin’ period is a chore for me,” Elliott said with a chuckle.

They made his dancing look easy!

Watch the clip below.