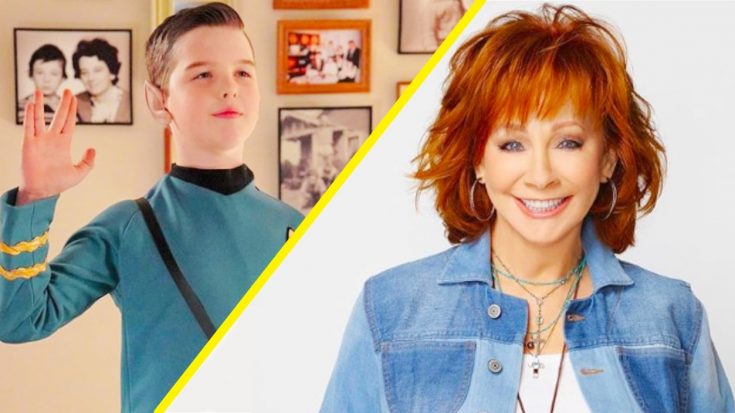 Reba McEntire is returning to TV.

During an interview with Parade, McEntire said, “2020 is probably going to be the busiest year in several decades for me.” She wasn’t lying! This year McEntire is launching a podcast and going on tour, all while continuing her Vegas residency with Brooks & Dunn.

Excited to be back in Vegas at the @colosseumatcp with @brooksanddunn this week AND to announce that we’re extending our residency through 2020!!! Tickets go on sale this Friday, but you can get access to a special presale tomorrow, Dec 3 by joining my official mailing list at Reba.com!

On top of all of that, McEntire is jumping back into the acting world. She ended 2019 with a voiceover role in the animated film Spies in Disguise and is starting 2020 with a guest appearance in a popular sitcom.

popculture.tv reports that McEntire signed on as a guest star for an upcoming episode of The Big Bang Theory spin-off, Young Sheldon. The CBS series follows the childhood of Sheldon Cooper, a boy genius.

According to popculture.tv, McEntire will portray a character named June. The character is described as the “fun and fiery ex-wife of Dale Ballard.”

Dale serves as the baseball coach to Sheldon’s sister, Missy. He is also the love interest of Sheldon’s “Meemaw,” Connie, so we feel like McEntire’s character could cause some drama with her!

No specific release date for McEntire’s episode has been announced. But popculture.tv reports the episode is slated to air in February.

The team behind Young Sheldon confirmed McEntire’s upcoming appearance on the show, writing on Instagram, “We’re feeling Fancy—the one-and-only @Reba McEntire will be joining us as a guest star in an upcoming episode of #YoungSheldon!”

We’re feeling Fancy—the one-and-only @Reba McEntire will be joining us as a guest star in an upcoming episode of #YoungSheldon!

McEntire’s guest appearance on Young Sheldon is a notable one, since it marks her return to TV after a four-year hiatus.

The last time she appeared in an acting role on TV was in 2016, which was when she guest starred on an episode of the Tim Allen-led series, Last Man Standing. She played a celebrity rock climber named Billie Cassidy, and she just so happened to be the ex-girlfriend of Allen’s character, Mike.

Also in 2016, McEntire appeared as a guest judge on America’s Got Talent. One of the contestants roped her into helping with a magic trick, and you can catch that moment in the video below.

After so many years, we’re happy to see McEntire make a return to TV. We can’t wait to catch her episode of Young Sheldon when it airs!