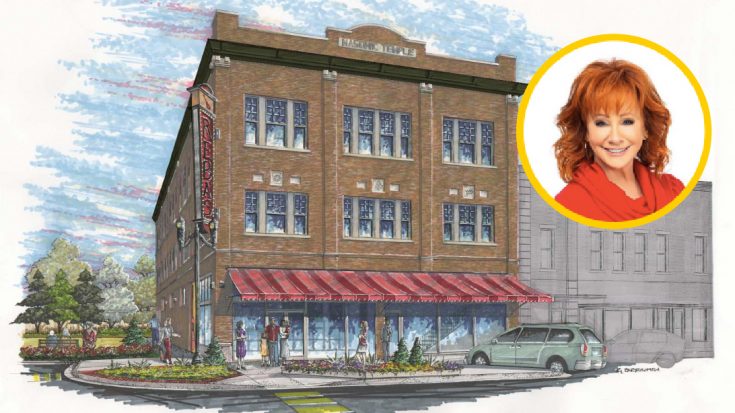 Reba McEntire can add another skill to her already impressive resume. The entertainer is now a soon-to-be restauranteur as she announced the 2022 opening of Reba’s Place.

Reba’s Place will be located in a century old Masonic Temple in Atoka, Oklahoma, and is slated to be a combination restaurant, bar, retail store and live music venue.

McEntire announced her new business venture during a concert Friday night (November 26) at the Choctaw Grand Theater in Durant, Oklahoma. Chief Gary Batton from Choctaw Nation joined Reba on stage for the announcement saying, “We’re thrilled to pieces because it’s going to be right downtown Atoka. It’s going to be called Reba’s Place and it’s going to be in the old Masonic building. Y’all know where that is if you’ve been to Atoka.”

Reba added, “We’re really tickled, we’re very excited about it. It’s going to have great food, family atmosphere, a bandstand in there where we can do a little pickin’ and grinnin’ and singin,’ and we’re hoping by the end of next year, around September 2022, around that sometime that we’ll be ready for serving you guys to come up and see us.”

Chief Batton said, “We are partnering with the greatest female country singer of all time to bring Reba’s restaurant to Atoka, Oklahoma.”

McEntire shared a video of their announcement on Instagram and revealed that Reba’s Place “is formed in partnership with the Choctaw Nation of Oklahoma and the City of Atoka.”

RebasPlace.com gave more details about the new venue, including a sneak peek at the restaurant menu that will include dishes such as the “Fancy” steak dinner, street tacos, chicken fried steak, and Reba’s favorite pinto beans and cornbread. A restored antique bar will offer a large range of beer, wine and signature cocktails.

“The aesthetics of the venue are heavily influenced by Reba’s western heritage and include a curated collection of memorabilia from Reba’s personal archives that will regularly change,” the website reads.

Watch Reba’s video announcement about the opening of Reba’s Place below.