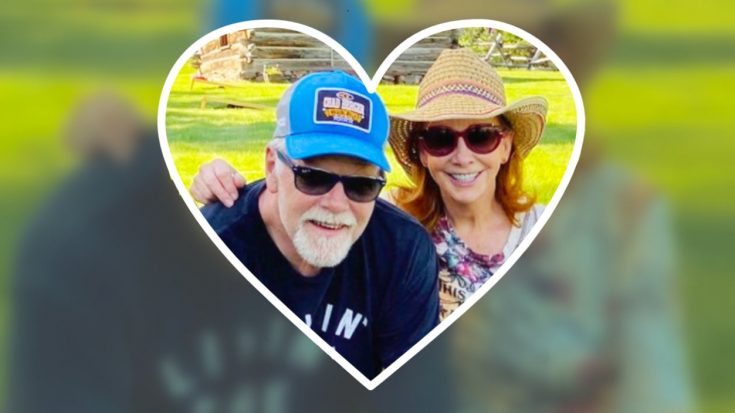 On the October 5 episode of her podcast, Living & Learning, McEntire shared the news that she’s now dating CSI: Miami and Young Sheldon star Rex Linn. The two met for dinner back in January and bonded instantly.

Due to the state of the world, McEntire and Linn weren’t able to be together in person for a while. So they kept in touch through texts and calls until they were able to meet up again.

After announcing their relationship, McEntire and Linn shared a photo they took together during a trip to Montana. They also revealed their unique nicknames for each other: sugar tot and tater tot.

Since then, McEntire and Linn have shared a second photo together. This one shows them holding a new pet rooster they comically named Mr. Pecker.

McEntire said the two of them have “taken up farming” and referred to them as “the tots.” They are clearly having a lot of fun together!

As she was preparing to host the 54th CMA Awards, McEntire sat down with her co-host Darius Rucker to speak for an ABC special called Country Strong 2020: Countdown to the CMA Awards. During her interview, she shared just how strong her feelings are for Linn:

“I’m in love,” she admitted, going on to add that the new relationship is influencing her career as well. “...that really inspires me to find love songs, to find happy songs.”

Going on, McEntire said that being with Linn makes her feel like a “giddy teenager again.” How sweet is that?

Learn more about McEntire and Linn’s budding romance by tuning in to the clip below.