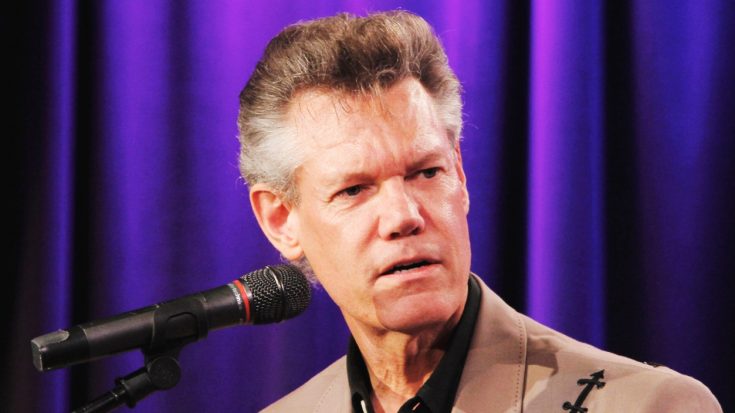 A 2013 stroke left the country legend with little to no speech, but now he will have his voice back thanks to a memoir called Forever And Ever, Amen: A Memoir of Music, Faith, and Braving the Storms of Life.

In an email to PEOPLE, Travis – who was inducted into the Country Music Hall of Fame in 2016 – said that writing a book about his life “wasn’t something I thought much about while I was busy living it — now I know the difference between life and living.”

As fans, we know a lot about the highlights of Travis’ life from his wildly successful debut album Storms of Life, to his 16 number one singles throughout his three-decade career, to his seven Grammy Awards, and many acting roles.

But there is a side to his life that is hardly talked about, and he will dive deep into that in his memoir, out May 2019. According to the book’s press release, he will write about his divorce from his first wife and longtime manager Lib Hatcher, his financial problems, “and his struggles with anger [that] led to alcohol abuse, public embarrassment, and even police arrest in 2012.”

A huge debate sparked online when footage from his arrest was released in December 2017 after a five-year legal battle over whether or not to keep the video sealed.

Support Randy Travis by urging the Texas Attorney General not to share dash cam footage from his 2012 Arrest with the public. We need friends and fans support to keep this sealed, as it should be! God Bless – Team RT https://t.co/p6PqNbJGzZ

From Travis’ statements to PEOPLE, it seems the writing processes has been cathartic.

“I learned a lot about myself going back through the chronicles of my past. In my waning years of ability, I have a clearer picture of the past,” he told the publication.

Although he needs help in a lot of aspects of his life nowadays, you can tell music makes him truly happy. He was part of the opening number during the 50th Annual CMA Awards in 2016, and helped sing his hit song “Forever and Ever, Amen.” Watch that moment below.