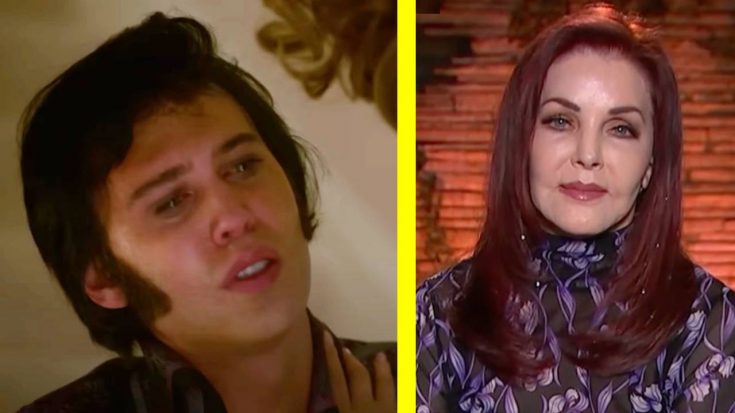 Nearly 45 years after he passed away, Elvis Presley was brought back to life thanks to the 2022 film Elvis, and especially actor Austin Butler’s performance as The King of Rock and Roll.

When the film, and its cast, was first announced a few years ago, Elvis’s ex-wife Priscilla Presley was vocal about how unsure she was about everything.

In 2019, Radar Online asked Priscilla if she thought Austin was the best man for the job. She said, “I don’t know.”

Priscilla made an appearance on The Today Show on Tuesday (August 16) because it marks 45 years since Elvis’s death. She spoke about her ex-husband’s legacy, and of course, the new movie.

What struck us most about her comments was that she revealed to Savannah Guthrie and Hoda Kotb what the hardest part of the movie was for her.

Quite simply, Elvis’s relationship with Colonel Tom Parker was the hardest for Priscilla because she lived through it.

“He wanted to do movies, serious movies, and Colonel Parker probably should have stayed a publicist [instead of a manager],” she TOLD TODAY. “He didn’t take Elvis where he wanted to be, and that was hard because I lived it.”

Priscilla continued, “I lived the arguments that they had, I lived Elvis trying to explain he didn’t want to do the movies with all the girls and the beaches and everything, that he really wanted to do serious things. So living that, with him, and watching the movie, it brought back a lot of memories.”

If you’ve seen Elvis, or even know anything about Parker, you can understand why this was the hardest part for Priscilla to watch.

See her full interview below.