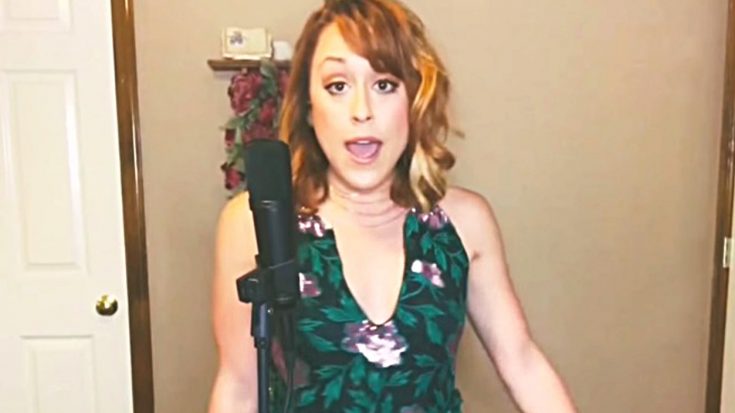 In the sea of country songs released over the course of history, few go on to be universally recognized by people of all ages. But you would be hard-pressed to find any country fan that isn’t familiar with “Harper Valley PTA.”

Released in 1968 by Jeannie C. Riley, “Harper Valley PTA” sold over six million copies. It topped both the all-genre Billboard Hot 100 and the Hot Country Songs chart following its release, making her the first woman to do so.

Written by Tom T. Hall, the song is told from the voice of a daughter sharing the time that her “mama socked it to the Harper Valley PTA” after being accused of being an unfit mother. She walked into the meeting wearing her miniskirt and let all of the PTA members know why they had no room to judge her behavior, and did so with sass.

Because of its fun story and personality, “Harper Valley PTA” has always been a go-to song for people to cover. While you’ve surely heard some, we bet you’ve never heard a cover quite like the one we have to share with you here.

If you think back to Season 12 of The Voice, you’ll remember a red-headed country singer named Casi Joy. Established as a fan-favorite from her blind audition (she sang LeAnn Rimes‘ “Blue”), Joy seemed poised to enjoy a long stay on the show.

But despite wonderful performances of Reba McEntire‘s “How Blue,” Maren Morris‘ “My Church,” and Chris Stapleton‘s “Parachute,” Joy was eliminated in the first round of live shows. Her early departure from the show left many scratching their heads, wondering how such a talent could be voted off so soon.

Bringing Some Spunk To Harper Valley

Luckily, that isn’t the last we’ve heard from Joy. She continues to perform all over the country, and regularly shares videos of her original songs and favorite covers.

As a fan of old country music, Joy has offered up her take on many beloved classics. But she caused quite a buzz when she debuted her spunky rendition of “Harper Valley PTA.”

In the caption to her video, Joy explained that she has been singing “Harper Valley PTA” since she was only ten years old. She would perform in various local opries, and her mom and her always wanted her performances to be entertaining. To add that extra spark, the two of them would choreograph every song she sang.

Joy revisited some of that choreography for her updated “Harper Valley PTA” cover, which further enhanced the song’s sassy tone.

Beyond being delighted by Joy’s personality, you are sure to enjoy the sound of her voice. She captures its attitude perfectly, and channels it well.

This is one cover we could listen to over and over again. She nails it!

*HIT HD in the bottom right corner!* I've been singing Harper Valley since I was about 10 years old in the opries. My mom and I always choreographed EVERY song I performed, and I couldn't resist throwing in a few of my old "moves!" I still can't believe all the stupid things we did back in the day! I hope you enjoy my version of "Harper Valley PTA" by Jeannie C. Riley!