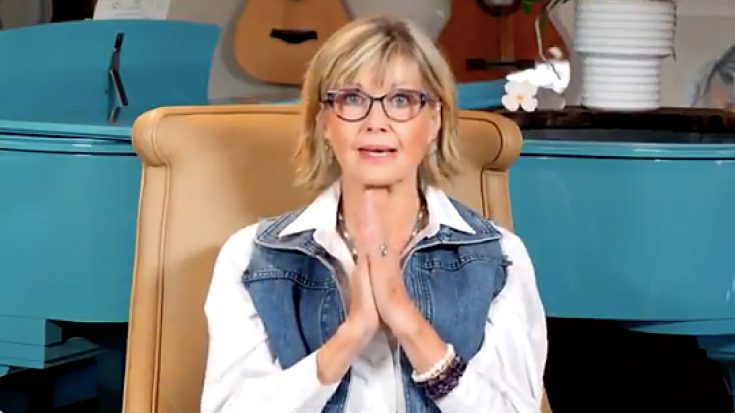 Nearly 30 years ago, Olivia Newton-John was diagnosed with cancer for the first time. In 2017, the multi-talented entertainer was diagnosed for the third time and recently shared an update on her cancer battle.

During an interview with Hoda Kotb on TODAY, Newton-John celebrated the 40th anniversary of the release of her single, “Let’s Get Physical,” and opened up about her current battle against Stage 4 metastatic breast cancer.

“Right now, I’m feeling pretty good,” Newton-John told Kotb. “I have my days and I have my pains, but the cannabis that my husband grows for me has been such a huge part of my healing, and so I’m a really lucky person.”

“You know what I see when I look in your eyes?” Kotb told Newton-John. “I see the optimism that I saw when Jane Pauley interviewed you.”

“I think it’s been my blessing in life to have that in my personality,” Newton-John answered. “I don’t know how I would have done otherwise.”

During an interview with The Guardian last year, the 73-year-old said that she considers every day a blessing.

“Three times lucky, right?” she said. “Listen, I think every day is a blessing. You never know when your time is over; we all have a finite amount of time on this planet, and we just need to be grateful for that.”

Olivia Newton-John is one of the most successful female entertainers in history. With Grammy award wins, a People’s Choice Award for her role in Grease, Daytime Emmy and Golden Globe nominations, and sales of more than 100 million records, Newton-John has leagues of fans cheering for her healing and recovery.

.@hodakotb is catching up with the one and only @olivianj about the 40th anniversary of her hit single “Physical,” her new music and her breast cancer journey. pic.twitter.com/t99M3hMKzX