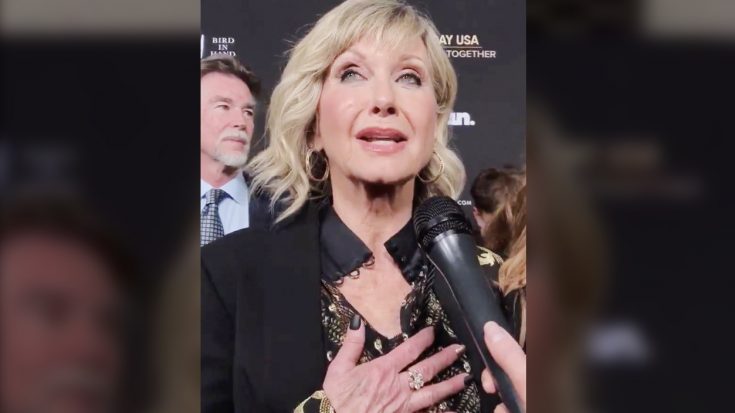 On Saturday, January 25, 2020, an event called G’Day USA was held in Beverly Hills, California to raise funds for wildfire relief in Australia.

10 Days until G’Day USA | ???? Standing Together events kick off in L.A. G’Day USA friends & partners are coming together in support of bushfire relief efforts. All funds raised go to the Australian Bushfire Relief Fund, via ? in bio. #USwithAUS #StandingTogether #Mateship pic.twitter.com/RF8rUr47Yr

The night was filled with unity between America and Australia, with many famous Aussies in attendance including boy band 5 Seconds of Summer, actor Dacre Montgomery, actress Danielle MacDonald, and performances by Delta Goodrem and more.

Of course, it wouldn’t be an Aussie event in the states without Olivia Newton-John!

While speaking about money being raised for the wildfires in her native Australia, Newton-John also wanted to raise some awareness about the other cause that is so close to her heart – cancer.

“Life is a gift and I’ve had an amazing life and I intend to keep going with it and I want to help other people with cancer of course,” she said. “I have my wellness center in Melbourne and I want to see it in my lifetime so other people don’t have to suffer.”

Giving fans a long-awaited update, she said “I’m winning over it well and that’s how I see it. I don’t think about it a lot, to be honest. Denial is a really good thing and I’m getting stronger and better all the time! I’m doing well!”

Watch CBS Sunday Morning’s profile on her a few months ago, where she opens up about fighting cancer for the third time.