New Johnny Cash Documentary About His Faith To Air In Theaters 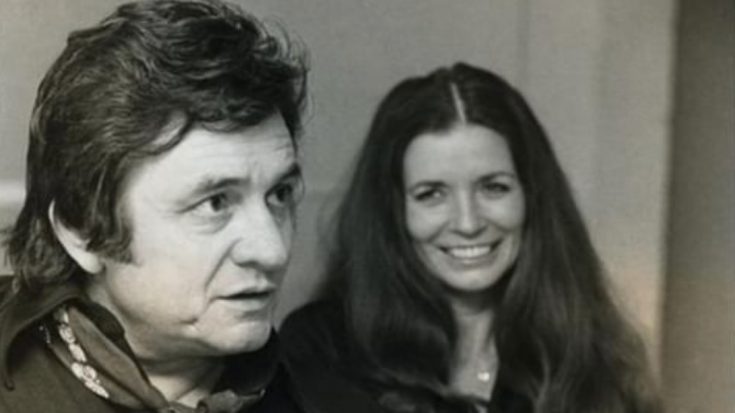 Johnny Cash: The Redemption of an American Icon is a story about the Man in Black’s faith unlike any that have been shared on film before.

The new documentary follows Johnny Cash‘s life from his humble Arkansas beginnings to becoming one of country music’s most iconic artists. It also documents the singer’s depression and drug addictions that ultimately saw him hit rock bottom.

Produced by Kingdom Story Company, the film will feature more than 100 never-before-heard conversations with Johnny Cash. These recordings share Cash’s road to redemption through his own words and were originally recorded for his autobiography. John Carter Cash, the only child of Johnny and June Carter Cash, and Johnny’s sister Joanne provided the recordings with their blessing for the project.

Stars such as Marty Stuart, Wynonna Judd, Tim McGraw, Franklin Graham, Sheryl Crow and more also share their memories and thoughts about the life of Johnny Cash and his legacy.

“Here’s the great contradiction–who could be friends with Willie Nelson, Waylon Jennings, and Billy Graham all at the same time? The answer, Johnny Cash,” said Pastor and Producer Greg Laurie of Harvest Ministries. “He was a contradiction at times, but he had a deep faith that he always returned to.”

John Carter Cash said that his thinks Johnny Cash: The Redemption of an American Icon would have had his dad’s approval.

“I think of all the documentaries made about my dad, he’d be most excited about this one,” said John Carter Cash.

Johnny Cash was raised in rural Arkansas by a deeply religious mother. One of seven children, Johnny was faithfully prayed for by his mother Carrie who saw to it that all of her kids knew about Jesus. But, it wasn’t until 20 years after the tragic death of his brother Jack in a sawmill accident that Johnny had a true conversion experience.

“One day, in the mid 1960s, I came home from school and mom told me that Uncle Johnny had visited and told her he had become a Christian,” Cash’s nephew Mike Garrett recalled. “He took her for a drive around town to tell her the story. She thought they were going to have a wreck, because he was so excited about his new faith in Christ. At that point, he understood what it really meant to follow Jesus. Grandma Cash’s prayers were answered.”

Johnny Cash once talked about his struggles during a Billy Graham crusade in Arkansas, saying:

“My personal life—my personal problems—has been widely publicized. There have been things said about me that made people ask, ‘Is Johnny Cash really a Christian?’ I take great comfort in the words of the Apostle Paul, who said: ‘What I will to do I do not practice, but what I hate I do. It is no longer I that do it, but the sin that dwells within me. But who will deliver me from this body of death? It is Jesus Christ, our Lord.’”

Johnny Cash: The Redemption of an American Icon will play in theaters nationwide December 5-7, 2022. Get your tickets HERE.