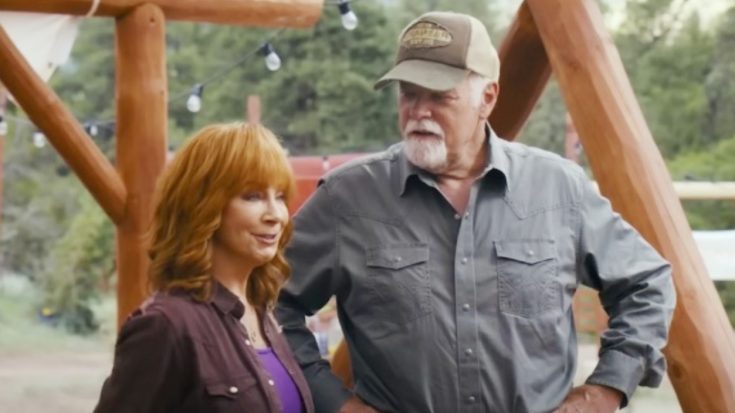 Country music icon Reba McEntire has joined the cast of the ABC drama series Big Sky as a series regular for Season 3. She is playing a character named Sunny Barnes, though her character’s original last name was Brick.

Before the name changed, Variety described McEntire’s character as being “the mercurial matriarch of the Brick Family, a successful backcountry outfitter with a secret history of missing customers.”

We learned a little more about Sunny when Big Sky dropped a teaser trailer on August 4. McEntire narrates the clip, taking on a sinister tone as she delivers lines such as “Get lost in the endless streams and trails.” This line and others paint Sunny as the antagonist of the season.

It was later revealed that McEntire’s real-life boyfriend, actor Rex Linn, is playing her husband on Big Sky. His character is named Buck Barnes.

We finally got the chance to see Linn as Buck in a suspenseful new trailer Big Sky released on Wednesday (August 31).

The trailer is set to the tune of Patsy Cline‘s “Walkin’ After Midnight.” It shows Sunny and Buck welcoming a new group for one of their backcountry excursions. But one of the backpackers goes missing, prompting an investigation that paints Sunny and Buck in a negative light.

“But then there’s people who make them disappear,” responds Sheriff Beau Arlen, played by Jensen Ackles. The Sheriff’s remark prompts a suspicious look from Sunny…who appears up to no good.

You can see McEntire and Linn in action as Sunny and Buck Barnes in the Big Sky trailer below. The show’s new season kicks off on September 21…and we can’t wait!