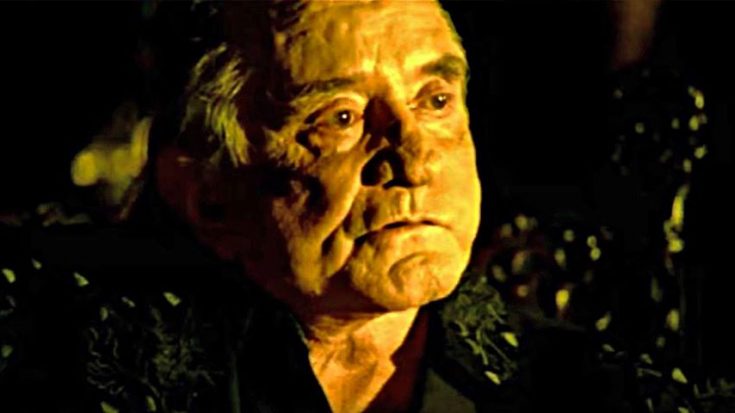 When Johnny Cash sang “Hurt” – a song written and recorded by Trent Reznor of the industrial rock band, Nine Inch Nails – he didn’t realize it would become one of the most spellbinding covers he’d ever perform.

Yes, Reznor wrote the song, but once Cash performed it, there was no doubt it belonged to him. Perhaps Bono of U2 said it best in an interview with the Independent:

Posted by Classic Rock Photos on Thursday, May 3, 2018

The slow-moving lyrics in “Hurt” give a strong nod to self-harm and heroin addiction. It was included on NIN‘s 1994 album, Downward Spiral. Reznor described the song as “a track I wrote in my bedroom at a black moment.”

When Reznor was first asked about allowing Cash to record the lyrics, he doubted the artistic value but agreed to let it happen. The result was a cover that “caused goosebumps,” explained Reznor in a 2013 interview with Spinditty.

The Result Was The Saddest Video Of All Time

Watch the imagery in the video. You’ll see moments that suggest a past, a present and perhaps a future almost as if Cash’s life is flashing before his eyes. The intentional plodding pace and pauses will make you think about what Johnny knew when recording this emotional piece of art.

The Sincerity And Passion Remain

Notice the physical deterioration of the 71-year-old legend. Cash’s voice isn’t quite as strong, his hand isn’t quite as steady, but the sincerity and passion remain. His gravelly voice and frail appearance emphasize the sadness of what might be coming and the loss of all that was.

Cash and his stellar crew created the video in 2002 for his album American IV: The Man Comes Around in a matter of days due to the fact Johnny didn’t want to hang around Tennessee during the winter, and too, the crew wanted to finalize the filming before anything could happen to the star.

Was The Man in Black Writing His Final Epitaph?

For June and Johnny Cash, the video was considered a statement of faith and mortality. Cash and his wife, June Carter Cash, who was also in the video, died in 2003, within five months of each other. Both died within seven months of this recording.

I’d turn your green to emeraldAnd your skies full of diamondsAnd give you gold all over the ground…Johnny Cash and June Carter Cash, married 50 years ago today.

In the end, the video served as a final love letter from a couple inseparable, both in life and in death.

In this four-minute music video, Johnny Cash covers a lifetime of emotion. How is it possible?

What do you think of the video?