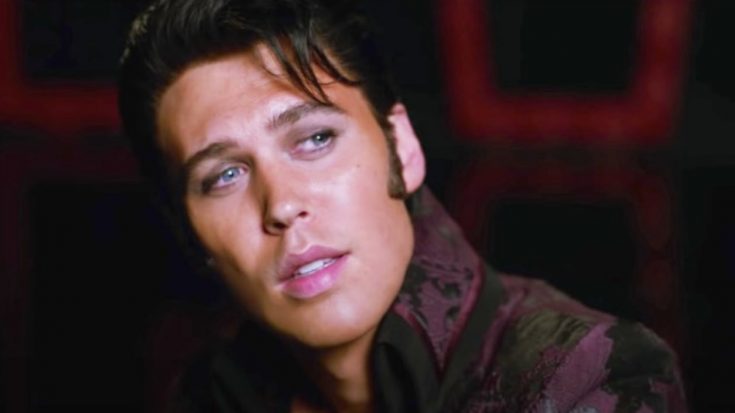 Baz Luhrmann’s new Elvis movie won’t be out in theaters until June 24. But one audience got the chance to see the film early at the Cannes Film Festival on Wednesday (May 25).

Members of the cast attended the premiere, including Austin Butler (who plays Elvis Presley), Tom Hanks (who plays Elvis’ manager “Colonel” Tom Parker), and Olivia DeJonge (who plays Priscilla Presley). Priscilla was also in attendance, and walked the red carpet along with the cast and Baz.

Priscilla has been one of the film’s biggest supporters. She got the chance to watch an advance screening some time ago, and was in awe.

“I relived every moment in this film,” she said. “It took me a few days to overcome the emotions as it did with Lisa. Beautifully done...”

“I do want to take a moment to let you know that I have seen Baz Luhrmann’s movie ‘Elvis’ twice now, and let me tell you that it is nothing short of spectacular,” Lisa Marie said on social media. “Absolutely exquisite. Austin Butler channeled and embodied my father’s heart and soul beautifully. In my humble opinion, his performance is unprecedented and FINALLY done accurately and respectfully. (If he doesn’t get an Oscar for this, I will eat my own foot, haha.)”

Lisa Marie saw the movie with her three daughters, Riley, Harper, and Finely. Riley said she instantly got emotional while watching the film, and the tears never stopped flowing:

“In the first five minutes, I could feel how much work Baz and Austin put into trying to get it right. That made me emotional immediately,” she told Variety. “I started crying five minutes in and didn’t stop…I felt honored they worked so hard to really get his essence, to feel his essence. Austin captured that so beautifully.”

It seems the audience at Cannes loved the Elvis movie just as much. The crowd gave the film a 12-minute standing ovation during the end credits.

“The film received an uproarious 12-minute standing ovation, the longest of this year’s festival so far,” Variety reported. The report continued:

“As the the cheers went on and on, a teary-eyed Butler hugged an equally-emotional Priscilla Presley, who flew to the South of France to give her blessing for the movie about her late husband.“

While the general public has to wait a little longer to see Elvis, we did get the chance to see some never-before-seen footage in a new trailer released on Monday (May 23). This is the second official trailer for the movie, and you can watch it below.