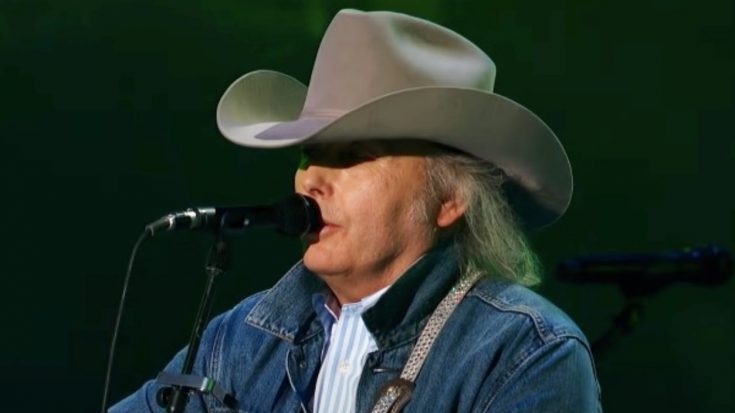 Dwight Yoakam is looking out for his fans to make sure they don’t get scammed on social media.

The “Guitars, Cadillacs” singer noticed that people with ill intentions have been impersonating him online. These imposters will make fake profiles that closely resemble Yoakam’s actual accounts, then message fans asking for personal information or money.

These fake profiles manage to fool some people by having names that look nearly identical to Yoakam’s own pages. They’ll also use the exact profile and cover photos he’s using on his pages at the time to appear more authentic.

Although the fake profiles do manage to earn some followers, they have significantly lower follower counts in comparsion to an artist’s real page. For example, Yoakam’s official Instagram has over 209,000 followers, while one fake page we uncovered had only 70 followers.

Unfortunately, some fans may not notice the differences between the real Yoakam’s profiles and those belonging to imposters. His team published a statement warning fans about the impersonators, and shared how they can spot them:

“Dwight does not contact fans personally through private message on social media sites, email, text messaging, or phone calls,” the message read. “If you or anyone you know is contacted personally by anyone claiming to be Dwight know that it is not Dwight but an impostor that should be reported to the social media platform that they are reaching out on.“

The image Yoakam’s team posted also advised fans to look for the blue check next to his name on social media. This check indicates he has been officially verified by Facebook/Instagram/Twitter/etc.

You can see the blue check next to Yoakam’s Instagram profile name in the following image.

Yoakam isn’t the only country singer who scammers try to imitate. Name your favorite artist, and they’ve likely had to deal with imposter profiles.

Several country singers got together a few years ago to film a PSA about these scammers and their tricks. The artists explained how you can tell the difference between fake profiles and real ones. They also emphasized the importance of looking for the blue check to verify an artist’s profile is legitimate.

You can watch the country artists’ PSA below.