Merle Haggard’s Widow Remembers Him On Anniversary Of His Death 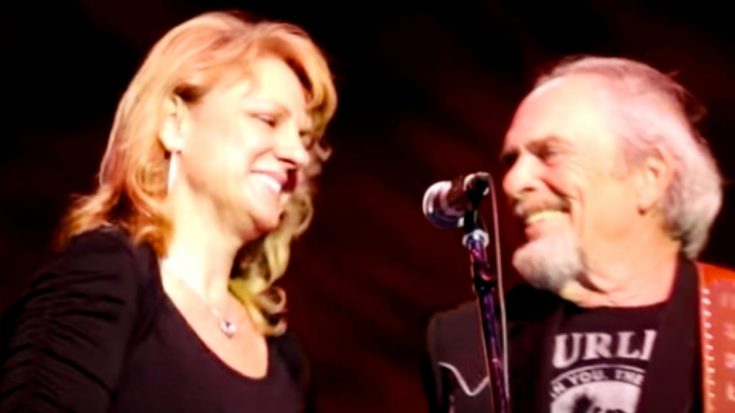 It’s hard to believe that we’ve been living in “A World Without Haggard” for five years now. Although time has passed, the pain of Merle’s loss still stings for those who knew and loved him.

At the time of his death, Merle had been married to Theresa Ann Lane for 22 years. Since his passing, Theresa has continued to keep Merle’s legacy alive.

Most notably, Theresa is co-writing the script for an upcoming biopic about her late husband. Sam Rockwell is in talks to star in the project as Merle.

While fans wait on the biopic’s release, Theresa wanted to remind them about how much influence Merle and his music had on the world.

In a message posted to Merle’s social media profiles on the five-year anniversary of his death, Theresa wrote:

“Today is the day Merle Haggard was born and the day that he died. Not too many people actually die on the day they were born, but he called it. He is missed every day by our family. I was blessed to have known him 25+ years, an experience I will never ever forget.”

Theresa went on to speak about all the things her husband accomplished and how his music was heard around the world:

“For over a half a decade he traveled the world performing in every honky-tonk, barroom, theater and coliseum. You name it. Even for United States Presidents. Wherever he played he left a high mark on the wall.“

Theresa closed her message by asking Merle’s fans to take some time out of their days to play their favorite song of his.”And if he’s listening somewhere maybe he can hear us where he’s at,” she said. “I’m sure he’ll get a smile on his face.”

Look below to read Theresa’s full tribute to Merle. She penned a touching message that shows just how much she misses him.

Merle was truly one in a million, there’s no doubt about it.