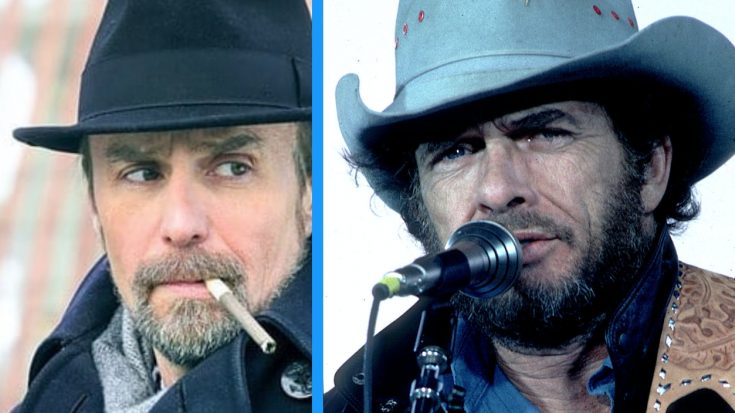 Acquired by Amazon Studios, a biopic about the late country legend Merle Haggard has been announced. The film will be directed by Robin Bissell and could potentially star actor Sam Rockwell, who is known for movies such as The Hitchhiker’s Guide to the Galaxy, Matchstick Men, and Mr. Right.

The script will be written by Bissell and Haggard’s widow, Theresa. It will be based on his memoir, Sing Me Back Home.

Dear fans and friends, I am happy to announce that I have been in negotiations with Amazon studios studios and Hollywood director Robin Bissel to make the Merle Haggard movie. I promised my late husband, Merle Haggard that I would get this done and I’m giving it my best shot. I will be writing and producing with Robin Bissel this great story. Merle had a great life. And as we used to joke about he had many lives and this will be the first of this magnitude to show how great of an artist and man he truly was. I hope to bring him the glory he so deserves. Maybe you’ve already heard the news but now you’re hearing from me. God bless each and every one of you in these trying times. Sincerely with love, Theresa Haggard

“I promised my late husband, Merle Haggard that I would get this done and I’m giving it my best shot,” she wrote. “…I hope to bring him the glory he so deserves.”

Oscar-winner Rockwell is said to be doing his own singing in the biopic that will cover Haggard’s difficult childhood, Deadline reports. It will also discuss his criminal past and his time spent in juvenile facilities that ultimately led to San Quentin State Prison, where he met Johnny Cash.

Amazon.com describes The Hag’s memoir as a “scathing, behind-the-scenes account of the alcohol, drugs, sex, and money that makes the country-western world spin.” The book “recounts Haggard’s rise to fame from his Dust Bowl beginnings through his detour to San Quentin.”

Haggard passed away on April 6, 2016, his 79th birthday, after suffering from double pneumonia. He leaves behind an unending legacy of musical hits such as “Mama Tried,” “Okie from Muskogee,” “The Fightin’ Side of Me,” and many others. His final recording was “Kern River Blues.”

You can watch the legend himself singing “Sing Me Back Home” in the video below.