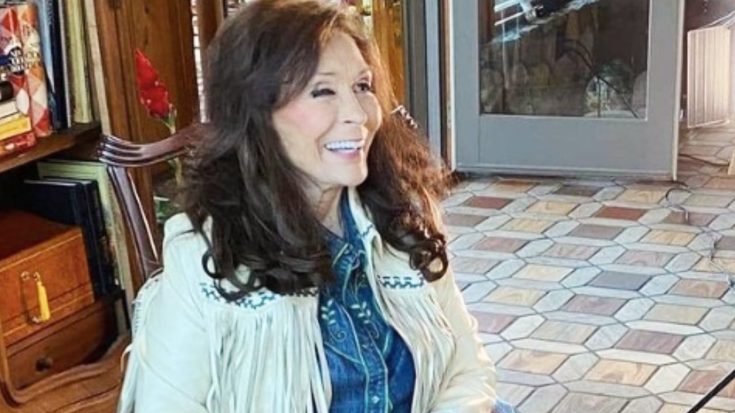 The legendary Loretta Lynn celebrated her 90th birthday on Thursday (April 14). Country music stars flooded social media with tributes to “The Coal Miner’s Daughter” in honor of her special day.

One of the sweetest tributes came from Lynn’s sister, Crystal Gayle. “Happy Birthday @lorettalynnofficial You are a great sister! Love you,” Gayle wrote. She shared a “favorite” picture of Lynn from the earlier days of her career. It’s a pretty rare photo too.

A bunch of Lynn’s famous friends teamed up to make a video for her birthday. Artists such as Alan Jackson, Reba McEntire, and Dolly Parton filmed short birthday greetings that were all spliced together into one celebratory video.

Parton closed the video by singing the “Happy Birthday” song to Lynn. She ended by singing “we will always love you.”

Later on her birthday, Lynn shared a short message reflecting on what it feels like to turn 90 years old. She said:

Her post also included the hashtags “#LongLiveTheQueen #StillWomanEnough #StillReigning.” The second hashtag references her 2021 album of the same name. Along with her post, Lynn shared a gif that shows her laughing with John Carter Cash.

We hope Lynn had the happiest birthday this year!