List Of Differences Between The Two ‘True Grit’ Movies 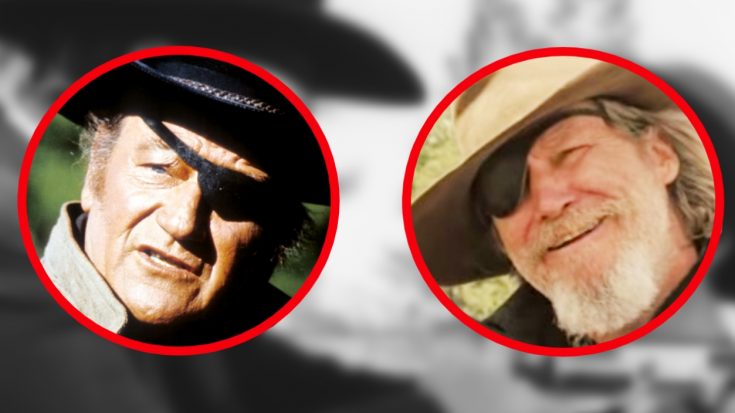 The Risks Of A Remake

In the entertainment industry, it is common practice to revive a beloved film in order to create a new adaptation. Sometimes these reimaginings flop, while other times, they are just as successful as their predecessor, if not more so.

Just take the extraordinary success of the 2018 adaptation of A Star Is Born as an example. It’s actually the fourth remake of the same film, with the original being in released in 1937. Remakes followed in 1954, 1976 (starring Kris Kristofferson), and 2013.

But it is the 2018 version, released 81 years after the original, that has been the greatest success.

“A Star is Born Soundtrack“ has now over 900M streams on Spotify. pic.twitter.com/g6adsHzjgr

Despite the potential success that remakes offer, viewers are still hesitant to see redone versions of some of their favorite films. There was certainly a bit of hesitation felt when, in 2010, it was revealed that filming had started on a new adaptation of the 1968 novel, True Grit.

Westerns were all the rage at the time, and the film was a huge hit. Its legacy was further cemented when it led Wayne to his first, and only, Academy Award win.

Since the film was such a treasured piece of history, you can imagine why people were skeptical when they heard about the 2010 adaptation. You likely may have been one of those people who doubted the film’s potential!

The film made its debut in December 2010, starring Jeff Bridges as Rooster Cogburn, Hailee Steinfeld as Mattie Ross, and Matt Damon as La Boeuf.

Despite the immense pressure, the film and its actors delivered. The result was yet another successful movie, which ended up earning ten Academy Award nominations.

But even though the films share the same source material, the same title, and the same success, they couldn’t be any more different. While elements are certainly the same, there are some major differences that only few may have realized.

We’re going to point out some of those many differences in this list today!

Difference #1 – The Death Of Mattie’s Father

In both True Grit films, Mattie Ross’ father, Frank, was killed by his hired hand, Tom Chaney. Also in both films, Mattie’s desire to track down Tom and get revenge for her father’s death is the motivation that drives her to find, and team up with, Rooster Cogburn.

But the two adaptations handled Frank’s passing in different ways. The 1969 rendition depicted his unfortunate demise, while the 2010 film did not.

Instead, 2010’s Mattie is simply shown collecting her father’s body.

However, La Boeuf’s motivation for finding Tom is different in the 2010 film than the 1969 version. In the newer adaptation, La Boeuf wants to track down Tom because he was responsible for the death of a Texas State Senator.

This creates some tension between La Boeuf and Mattie, as she wants Tom to be convicted for her father’s death in Arkansas as opposed to the Senator’s death in Texas.

It’s just a small addition to the plot, but is still quite the change between the two films!

This is probably one of the biggest differences between the two films…and if you didn’t pick up on it, then it’s apparently been a while since you’ve seen them!

In what is undoubtedly the saddest moment of the 1969 adaptation, La Boeuf loses his life after Tom Chaney strikes him in the head with a rock during a confrontation.

While La Boeuf survives that action, he passes away after overexerting himself to rescue Rooster and Mattie from a pit full of snakes.

This is where the 2010 adaptation differs in a big way. While a similar confrontation between our heroes and Tom takes place, La Boeuf survives. He is simply knocked out by Tom in the scuffle, but lives.

By the end of the film, Mattie has gone without seeing La Boeuf for over 25 years, and wonders if she’ll ever see him again.

This is another huge difference between the two adaptations…in one film Rooster lives and in another, he dies.

The John Wayne version is the one that leaves Rooster living by the end of the film. After he makes sure that Mattie is going to be alright after breaking her arm and being bitten by a snake, he leaves her behind and clears a fence on his horse as he rides off.

But before he takes off, Mattie promises him that she’ll one day make sure he is buried in her family plot, an offer which he accepts.

There was also a sequel to the 1969 True Grit film, titled Rooster Cogburn, which was released in 1975.

But if there is ever a sequel to the 2010 adaptation, Jeff Bridges’ Rooster won’t make an appearance, unless it’s in flashback form. That’s because the newer version of the story has Bridges’ Rooster passing away 25 years after the film’s main events, which Mattie discovers when she finally goes to visit him for the first time in ages.

She ends up burying Rooster on her family plot, staying true to the promise that Kim Darby’s Mattie made Wayne’s Rooster in the 1969 film.

This difference is small, yet noticeable to fans of the original True Grit adaptation. In that film, Wayne’s Rooster Cogburn shows a bit of a softer side through his interactions with his adorable orange tabby cat, which he named General Sterling Price.

Sterling Price was played by a cat appropriately named Ginger Cat, though the feline star was uncredited for the role.

Those who were hoping to see Sterling Price reemerge in the 2010 version of the True Grit story were sorely disappointed. The film made many changes by adding and removing characters from the 1969 adaptation, but one of the most glaring omissions is Sterling Price.

We don’t know about y’all, but we definitely missed seeing the orange tabby steal the show in the 2010 film.

Maybe if someone thinks about making another adaptation of the story, they’ll choose to include the Western world’s favorite cat.

There you have it folks, those are just a few of the most notable differences between the two True Grit films. Check out another small change in the video below, which shows how one similar scene was shot in two different ways for the respective adaptations.

Are there any other differences that you can think of? Fill us in, because we’d love to know!