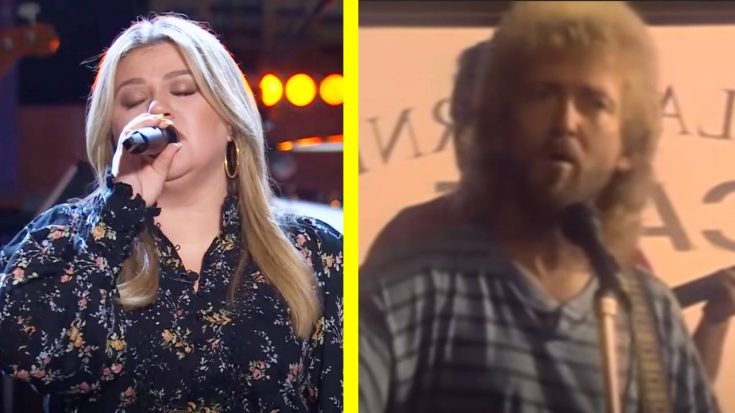 “This woman is so versatile, she can sing anything. She’s amazing!”

“I’ve loved this Whitley song seen him sang it in concert the whole crowd sang with him. Great cover my Love.”

Those are just a couple of the comments on the YouTube video of Kelly Clarkson’s tribute to the late Keith Whitley. To kick off her April 27th show, the original American Idol champion showed off her country roots once again with an amazing cover of Keith Whitley’s “I’m No Stranger To The Rain.”

Whitley released the song as the final single from his album Don’t Close Your Eyes. It ended up being the last single he would release it his lifetime and peaked at number one in Canada and the United States.

Whitley passed away on May 9, 1989 at the age of 34 from alcohol poisoning, after just finishing his third and final studio album, I Wonder Do You Think of Me. It was released three months after his death.

Clarkson always kicks off her talk show with a segment called Kellyoke, where she takes a fan-requested song and performs it with little rehearsal. Clarkson’s voice so perfectly fits this country classic, having fans wonder when she will be releasing a full country album!

Watch it below and let us know what you think in the comments.