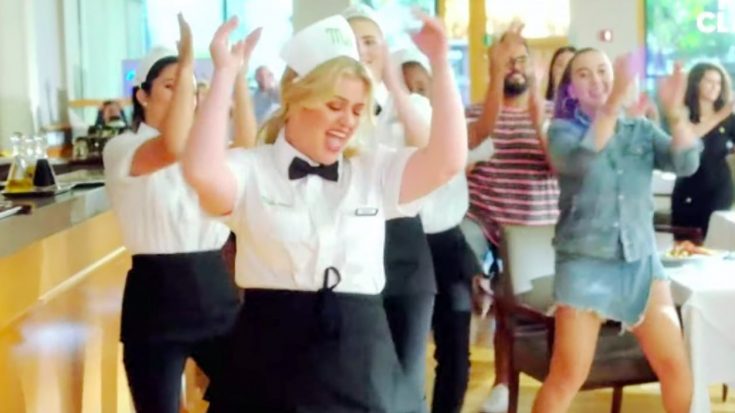 Kelly Clarkson now has a “9 to 5” job, and she celebrated it in the perfect way…through music!

In 2019, it was announced that Clarkson would be hosting her own talk show on NBC. Called The Kelly Clarkson Show, the program debuted on September 9, 2019.

T-minus ONE WEEK til the #kellyclarksonshow!!! It's fine. We're fine. pic.twitter.com/p75f605bdh

A number of clips were released to promote the show, and one gave Clarkson the chance to showcase her powerhouse vocals. And she did so while singing a country music classic!

The classic song we’re talking about is Dolly Parton‘s workplace anthem, “9 to 5.” The country superstar penned the song for the film she starred in of the same title.

Clarkson embraced the song’s fun, upbeat vibe with her performance, which was powerful and full of personality. The clip in which she sings the song shows her taking on a number of “9 to 5 ” jobs, as she dresses like a waitress, fireman, construction worker, and more.

You can watch Clarkson sing “9 to 5” to promote the show by tuning in to video below.