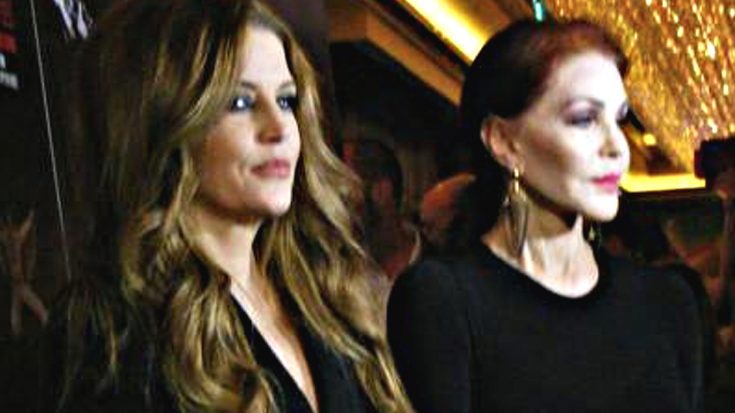 One of the longest legal battles of Lisa Marie Presley’s life, this saga of courtroom drama just keeps going on and on – but this time, it looks like she might be coming out on top as the judge has granted her request to quash a subpoena.

Over the last couple of years, a string of headlines have come out after Lisa Marie Presley filed legal documents during the split from Lockwood. Much of it has been caused by his demand for spousal support and etc., but she also filed a lawsuit against her ex-manager saying he was responsible for leaving her with nothing.

She claims he mismanaged her trust and claims she’s more than $16 million in debt – which is why she will not be able to pay Lockwood’s demands for his legal fees that exceed $450K.

In Presley’s suit, TMZ reports, she is pointing the finger of blame at Siegel for poor management of her trust fund and failing to warn her of the financial crisis she was quickly spending her way into. She claims that the trust fund already had two mortgages that weren’t being kept up, but Siegel didn’t say anything when she went to purchase a $9 million English homestead. At the end of the day, her trust fund was left with just $14,000 in cash after Core Entertainment shut down.

Now, it appears that Siegel is after her banking transactions and, according to The Blast on Yahoo! Entertainment, she claims he subpoenaed her bank for unfettered access to her financial records.

She has asked the court to block this request, saying that he has no right to view her financial transactions and records outside of the scope of the transactions in question – between 2004 and 2006.

She’s claiming her own right to privacy, saying it would invade her privacy to allow him such access. She also says Siegel’s legal team is trying to use her records to “divert attention from their own actions and to embarrass her.”

And it appears that the judge agreed with her. Siegel will not be getting access to her banking documents outside of the strict purview of the dates that involve the alleged misdeeds.

A follow-up report by The Blast on Yahoo! Entertainment states that the judge slapped down Siegel’s team and their subpoena demands from her financial institutions.