Joey + Rory Make Naomi Judd Cry On “Can You Duet” 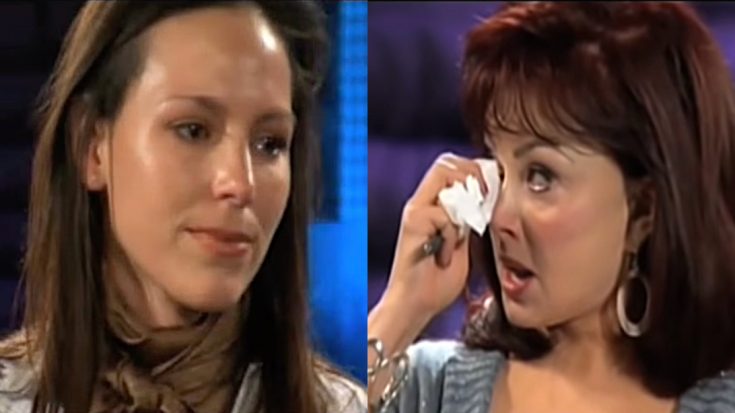 It’s been 14 years since “Can You Duet” premiered on CMT and introduced the world to the wonderful talent of husband-wife team Joey and Rory Feek.

The reality singing competition show only aired for two seasons and few artists who competed went on to achieve success in the industry. But, Joey + Rory‘s appearance on the show launched their careers despite the duo placing third.

Over the weeks of competition, judges included legendary country artist Naomi Judd, songwriter Aimee Mayo (“Amazed,” “This One’s For The Girls”) and vocal coach Brett Manning. Footage unearthed on YouTube reveals some of the greatest moments shared between Joey + Rory and the judges, especially Naomi Judd whose kindness shined through, even as she was brought to tears by the duos’ performance.

In one clip, Joey tells Naomi that the very first concert she ever attended was The Judds. Joey shared that her dad brought his guitar along to the concert thinking that maybe they could get backstage to play for Naomi and Wynonna. But, that meeting didn’t happen. Instead Joey got to play and sing alongside her husband for Naomi.

“It’s never too late, is it?” Naomi said before the duo launched into a soulful cover of Lynyrd Skynyrd’s “Free Bird.” Naomi couldn’t hold back her tears as they sang.

In 2008, the Feeks would go on to sign a record deal with Vanguard/Sugar Hill after “Can You Duet” and found moderate success with their debut album, Life of a Song. Two more albums followed, Album Number Two (2010) and His and Hers (2012). In 2016, Joey Feek passed away at the age of 40 after a valiant battle with cancer.

Naomi Judd shared a heartfelt post following Joey’s death, recalling their first meeting and subsequent friendship that included many visits to each other’s farms and performances at Christmas parties.

Following Naomi Judd’s death in April 2022, Rory Feek reflected on the impact she had on his and Joey’s lives and how “one person can change the trajectory of your life forever.” Rory shared the story in a video series he calls his “Flog.” Watch the “Remembering Naomi Judd” episode below.