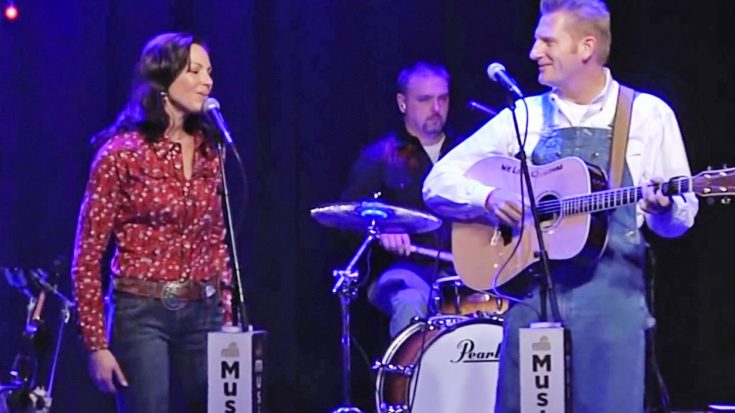 Husband and wife country music duo, Joey + Rory, took the stage back in 2011 for a powerful cover of Merle Haggard‘s “If We Make It Through December.” The tune was released in 1973 off Haggard’s album, Merle Haggard’s Christmas Present. The song earned the top spot on Billboard’s Hot Country Singles as well as No.28 on the all-genre Hot 100.

Fast forward five years and the performance has taken on a completely new meaning. Joey + Rory paid tribute to Haggard’s classic tune via Music City Roots live from the Loveless Cafe. Rory Feek played the acoustic guitar while gazing lovingly at his wife as she poured her heart and soul into the song. Joey’s performance was full of life, radiating love and warmth throughout the crowd.

Joey Feek passed away on March 4, 2016, after losing her life to cervical cancer, leaving behind husband Rory and their beautiful baby girl Indiana. Rory received news that he and Joey were nominated for “Best Roots Gospel Album” at the 2017 Grammy Awards.

“I can’t begin to tell you how much it means to me and how much it would mean to Joey if she were here,” Rory said according to NBC News. “She was so proud of getting to make this record and living long enough to see it be released, and I’m so proud to see the hearts it’s touched and the heights that it’s taken my wife and her sweet voice — even after she’s gone.”

The touching performance reminds us to cherish the time we have with loved ones always. May Rory rest in peace.