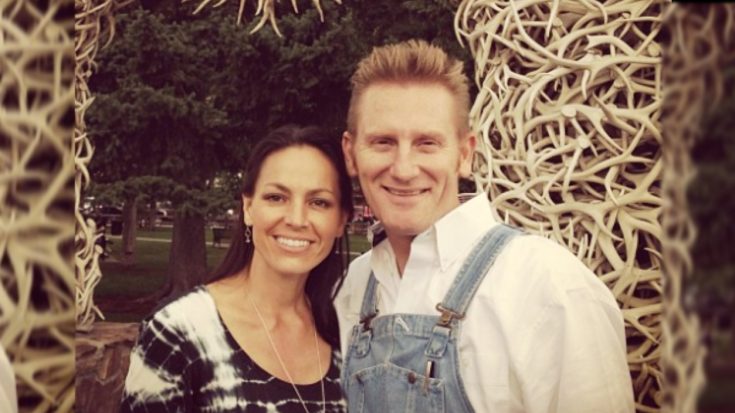 Country singer Joey Feek tragically passed away in 2016, and last year, her husband and duo partner, Rory, got back in the recording studio for the first time since Joey’s death.

On Monday, Rory released a song written by his wife’s friend Sandy. The emotional piece called “One Angel” follows Joey’s battle with cancer. In a Facebook post, the singer provided fans with details about the song. He wrote:

“When my wife Joey passed away in 2016, her friend Sandy was angry. And more than a little frustrated in the outcome of all the chemo and radiation that Joey was put through and also the outcome of all the prayers Joey and millions of other people prayed on her behalf. And as great writers do, she put that frustration down in a song. “Country music,” Harlan Howard used to say is “Three chords and truth.” And I think it is, even when the truth hurts.”

“I’ve listened to the song a hundred times since then. And I understand her feelings. Although I think I fall on the side of gratitude most of the time, I have had moments of frustration that only leave me with more questions,” Rory admitted.

“One Angel” was the first song that Rory decided to record for his first solo album. Listen to the song and watch the full music video in the following clip.