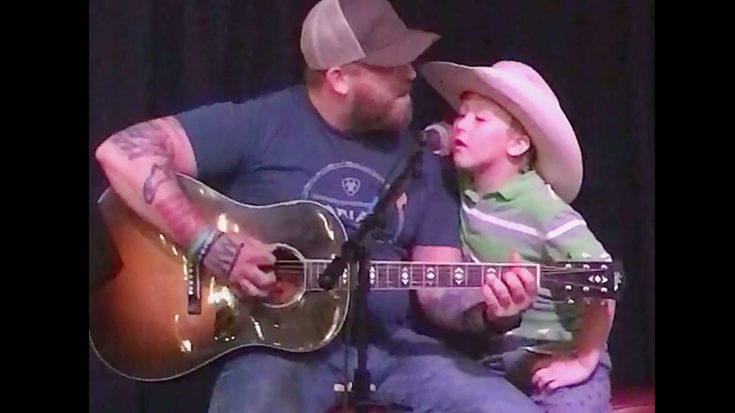 Singing his father’s famous hit country song along with his own son, Jackie, Jesse Keith Whitley entertained a crowd of fans at his mom’s restaurant in Panama City Beach, Florida.

“I bet Keith was smiling down from heaven,” one user commented.

During this special moment with her son, Jesse Keith, he brought his young son on stage and together they sang Keith Whitley’s 1988 country music mega-hit, “Don’t Close Your Eyes.”

After its release just before Whitley’s untimely passing, the song soared to No. 1 on Billboard’s US Hot Country Songs chart and has become synonymous with the genre. Covered by other legendary artists like Alan Jackson, Garth Brooks, and others – this song has truly been solidified as one of the best-known country songs of all time.

Jesse Keith Whitley, who followed in his parents’ footsteps as a country singer, has built a significant fan base of his own and released a number of albums.

Listen to this stunning duet between Jesse and his son Jackie as they sing this treasured classic to a crowd of adoring fans!