Jeff Cook, Founding Member Of Alabama Band, Has Died At 73 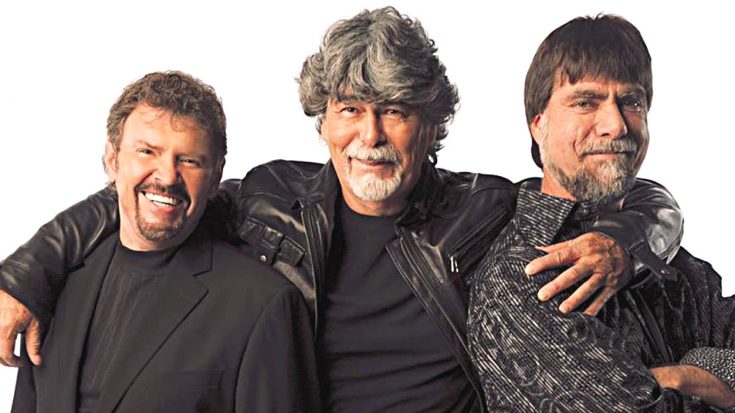 Jeff Cook, legendary guitarist and founding member of country music band Alabama, has died at the age of 73.

The band shared the news on social media with a statement saying that he passed away “peacefully yesterday, November 7, with his family and close friends by his side at his beach home in Destin, Florida.”

Cook was diagnosed with Parkinson’s disease in 2012, but continued to tour with the band until 2018. “With his encouragement and well wishes, ALABAMA went on because Cook never wanted ‘the music to stop or the party to end,'” a statement read.

In a 2016 interview, Cook shared that he first symptoms of the disease while trying to cast a fishing lure, followed by missed notes while playing guitar. Doctors first suspected a pinched nerve or a stroke, but Cook was ultimately diagnosed with Parkinson’s. The musician immediately shared the news with his bandmates, Randy Owen and Teddy Gentry.

The news remained a secret and Cook continued to tour with Alabama until fans started noticing that he was struggling to play. Cook traveled and played with the band for another two years after making his diagnosis public, but was forced to retire as playing became more difficult.

“I’ve tried not to burden anyone with the details of my condition because I do not want the music to stop or the party to end,” Cook explained. “Let me say, I’m not calling it quits but sometimes our bodies dictate what we have to do, and mine is telling me it’s time to take a break and heal.”

As part of Alabama, along with cousins Teddy Gentry and Randy Owen, Jeff Cook made history as being a member of one of the most successful groups in country music history. Together the band sold more than 80 million albums and notched 43 No. 1 hit songs, including “Tennessee River,” “Mountain Music,” “Song of the South,” “High Cotton,” and “I’m in a Hurry (and Don’t Know Why).”

Cook is survived by his wife of 27 years Lisa Cook, his mother Betty Cook, his brother David Cook, Crystal Cook, his father-in-law Jerrial Williams, his brother-in-law Randy Williams and numerous nieces and nephews.

Funeral arrangements will be announced at a later time.