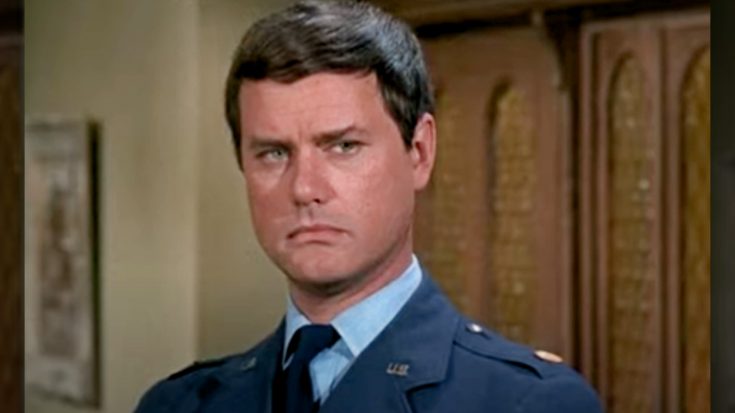 I Dream of Jeannie’s Larry Hagman and fellow actor Carroll O’Connor were both on TV shows, and the two were also lifelong friends.

Just like any friendship, the two had each other’s backs through thick and thin. One day, Hagman found himself in a situation where he needed to keep O’Connor from making a violent mistake.

According to Hagman’s memoir, Hello Darlin’!: Tall (and Absolutely True) Tales About My Life, O’Connor stopped by to visit Hagman’s house when the unexpected happened. Both actors watched as a single-engine plane made an emergency landing on the beach and missed their children by a matter of feet.

“I’d just remarked how we were so fortunate to live in a such a safe community when Carroll and I stared in horror as a single-engine, open-cockpit, pre-World War II plane made an emergency landing on the beach, missing our children by not more than five feet,” Hagman wrote.

The two actors darted over to the beach to find that while the plane’s pilot was not injured, he was utterly belligerent. Instantly, O’Connor was enraged, and Hagman had to hold back his friend from “attacking” the pilot. Hagman wrote:

“As soon as he saw us, he began yelling that he could’ve made a perfect landing if he hadn’t had to pull up and bounce over ‘the two little bastards playing in the sand.’ I had to physically restrain Carroll from attacking the guy and beating him into a bloody pulp.”

“Remembering You” was released 49 years ago.#CarrollOConnor sang songs of the 1930s — including the ALL IN THE FAMILY closing theme, which he wrote the lyrics for!

ALL IN THE FAMILY — 11p ET on @GetTV https://t.co/lSWTHfdqhv pic.twitter.com/6XZg6MMkh6

For more on Hagman, check out the following clip.