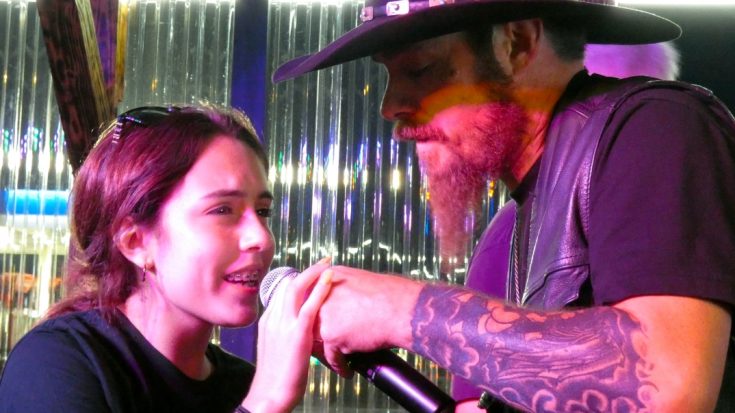 Taking the stage at a popular local venue in Columbus, Ohio, the country singing grandson of the one and only Waylon Jennings sang a heartfelt duet with his daughter that left quite an impression.

Whey Jennings, the son of Terry Jennings, and grandson of Waylon and Jessi Colter has spent his entire life in a family of country music royalty. And similarly, so has his daughter Sarah.

In a July 17th, 2021 event at Shaker’s Public House, Whey and his band performed a full set show and also had a massive meet-n-greet with fans. The house was packed and it clearly was a hit with the locals.

A surprise twist was in store for concert attendees when his daughter Sarah joined him on stage and they sang their own rendition of Leonard Cohen’s famous hit “Hallelujah.”

“Whey Jennings and his daughter Sarah. This little beauty definitely has the genes!!! A star in the making!! We’re so proud of everything y’all are doing!” NC Moonshine Mamas wrote on a Facebook post with the full video of the duet.

The crowd absolutely loved the song and the comments on the video post stand out with immense praise for Sarah and her dad – almost all of them recognizing that talent sure does run in the family!

Check out this one-of-a-kind performance below and let us know what you think in the comments.