How Did John Wayne Really Feel About Ron Howard? 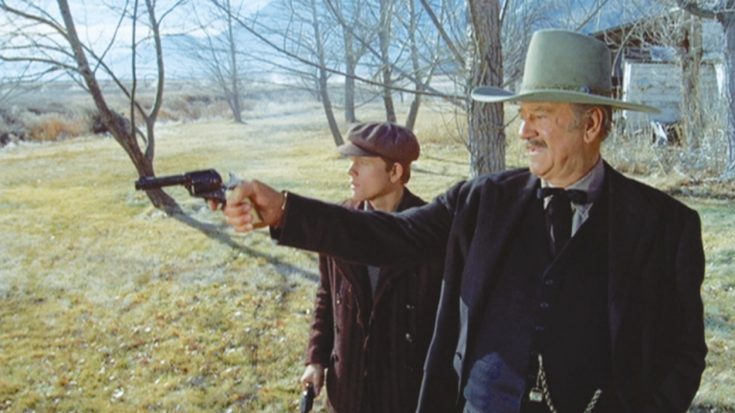 World-famous Western star John Wayne filmed his last huge hit, The Shootist, in 1976, alongside Ron Howard, Lauren Bacall, and Jimmy Stewart. Howard and Wayne both had starring roles in the film and had to spend a great deal of time together – so they became quite familiar.

Howard was only a few seasons into his Happy Days fame at the time and had yet to experience fame on Wayne’s level. That would change in the very near future…

"My most useful acting tip came from my pal John Wayne. ‘Talk low, talk slow, and don't say too much’" – Ron Howard on working with Duke on his last film, The Shootist (1976) pic.twitter.com/MNyOXiie2S

Wayne wasn’t in a great place at the start of filming. He’d been diagnosed with lung cancer years prior and was dealing with a litany of other health problems as The Shootist got underway.

Furthermore, Howard and Wayne got off to a rocky start — perhaps due to Wayne’s health ailments getting in the way.

But, over time, Howard grew on Wayne and their relationship actually blossomed. Wayne loved watching Howard prove himself as an actor, and was impressed with the way Howard honed his craft and fine-tuned his skills.

In a 1976 interview with Phil Donahue, Wayne said, “A young fella named Ron Howard, who I think is as good an actor as I’ve ever worked with. He’s just wonderful.”

“I’d be proud to have him be my boy. I’d be prouder if I was his agent and he was my brother.”

The feeling was mutual. Howard told The Huffington Post, “I’ve worked with Bette Davis, John Wayne, Jimmy Stewart, Henry Fonda. Here’s the thing they all have in common: They all, even in their 70s, worked a little harder than everyone else.”

Watch this full video clip below detailing the relationship between Ron Howard and the legendary John Wayne.