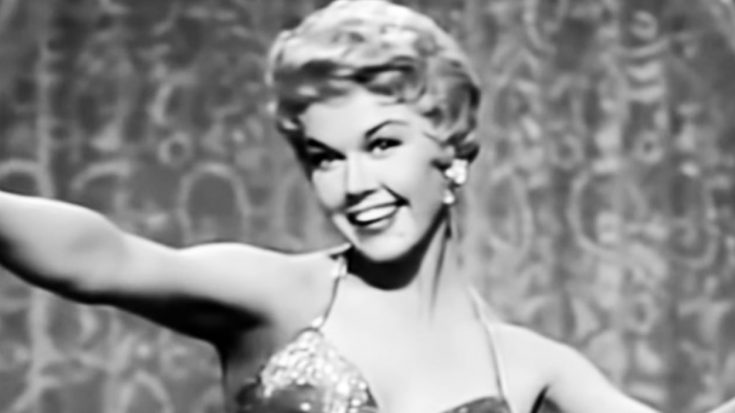 A Bright Star Loved By Many

The world just lost one of its brightest and most beloved stars…actress and singer Doris Day.

Born on April 3, 1922, Day kicked off her career in 1939 as a big band singer. Her popularity increased after her 1944 song, “Sentimental Journey,” became a chart hit.

The track was later covered by numerous artists, including country star Conway Twitty, who recorded a rock and roll version.

While Day enjoyed a long and successful musical career, the general public perhaps best knew her as one of Hollywood’s leading actresses throughout the 1950s and 1960s.

The blond-haired beauty starred in her first film in 1948, which was Romance On the High Seas.

In that film, she performed a song called “It’s Magic,” which was eventually nominated for an Oscar.

After making her breakthrough into Hollywood, Day took on a number of roles with high-profile co-stars and directors. She is most well-known for playing the title role in 1953’s Calamity Jane and starring in Alfred Hitchcook’s 1956 film The Man Who Knew Too Much.

Just a few of the many other titles that Day starred in through the years included Pillow Talk, Move Over, Darling, and That Touch of Mink.

In addition to music and acting, Day was also extremely passionate about animals. She used her star power to help raise awareness for animal welfare, and established The Doris Day Animal Foundation in 1978 to provide aide to animals in need.

It was the DDAP that revealed the sad news on Monday (May 13) that its founder passed away that morning. She was 97 years old.

“Day had been in excellent physical health for her age, until recently contracting a serious case of pneumonia, resulting in her death,” the DDAP said in an emailed statement obtained by The Washington Post.

The DDAP said that Day was “surrounded by close friends” when she passed away at her home in Carmel Valley, California.

Day is survived by her many dear friends, both human and animal. She was preceded in death by her only child, son Terry Melcher, who passed away in 2004.

Our prayers go out to all of Day’s loved ones as they mourn her loss. May she rest in peace…