Get A Sneak Peek At “Dolly Parton’s Mountain Magic Christmas” 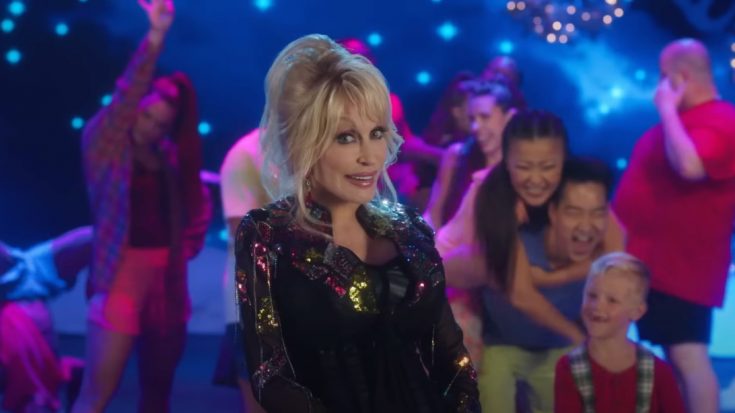 Dolly Parton is bringing all the Christmas spirit to tv this week when her new holiday-themed movie airs.

According to her website, the Christmas Carol-inspired storyline takes Dolly on a journey through her past, present and future.

“Dolly Parton’s Mountain Magic Christmas is the frenetic backstage story and delightful on-camera results of Dolly’s desire to uplift an exhausted world’s spirits by sharing the unique mountain magic she has always found in and around Dollywood at Christmas. Throughout the movie’s production numbers and rehearsal chaos, Dolly finds herself taking a private journey into her past, guided by the mysterious appearances of her personal Three Wise Mountain Men. When it’s time for her big special to air, a renewed and inspired Dolly goes rogue and shows the world that the real magic of Christmas lies in the hearts of the children we all once were, the realization that Christmas is about the people we share it with, and how her faith remains the common thread between Christmases past, present, and future.”

When it came time to film the movie, Dolly brought everyone home….to Dollywood and the surrounding east Tennessee area that she calls home.

Dolly shared that she put everything she had into the film. “I gave it all. I gave all of myself to this project,” Dolly said. “I wanted people to see my heart. I really believe that it’s gonna make a difference. And I hope that it will be long lasting. But, I certainly think people are going to feel better for a good while after the show is over.”

In a first look at Dolly Parton’s Mountain Magic Christmas, teasers of her performances can be heard. Those performances include collaborations with guests like Jimmy Fallon, Billy Ray Cyrus, Willie Nelson, Jimmie Allen, Miley Cyrus, and Zach Williams.

Get a first look and hear Dolly talk about the project in the video below.