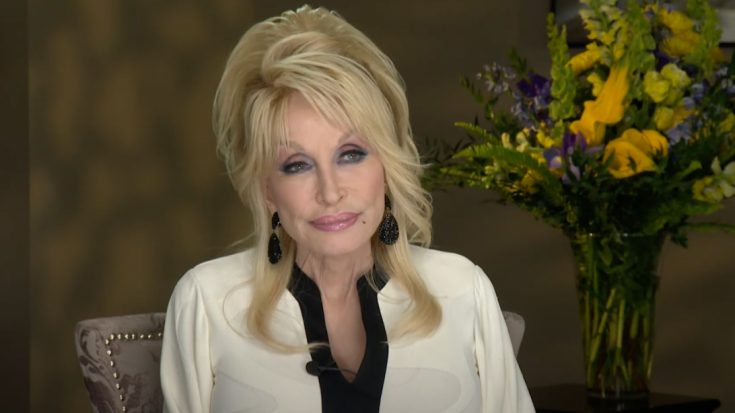 Dolly Parton is calling it quits….on touring, that is.

The 76-year-old entertainer announced in a new interview with Pollstar that she has no plans of ever touring again.

“I do not think I will ever tour again,” Dolly Parton said. “But, I do know I’ll do special shows here and there, now and then. Maybe do a long weekend of shows, or just a few shows at a festival. But, I have no intention of going on a full-blown tour anymore.”

The “Coat of Many Colors” singer told the outlet that she doesn’t want to stray too far from home and that touring takes up a lot of time and energy.

“I’ve done that my whole life, and it takes so much time and energy. I like to stay a little closer to home with my husband. We’re getting older now, and I don’t want to be gone for four or five weeks at a time. Something could happen. I would not feel right about that, if I were gone and somebody needed me. Or I would feel bad if I had to leave a tour if somebody got sick at home and needed me and then I had to walk out on the fans,” Parton shared.

For 55 years, Dolly Parton has endeared herself to fans with her stand-out vocals, larger than life personality, songwriting talents, and philanthropic endeavors.

Arguably one of the most recognizable country music artists in history, Parton has a record-setting 44 Top 10 albums to her credit and 110 career-charted singles. She is also a member of nearly every music hall of fame and has earned nominations and awards from almost every music awards association, including the Academy of Country Music, the Country Music Association, the American Music Awards, Grammy Awards, Tony Awards, People’s Choice Awards, American Music Awards, and Emmy Awards.

Despite her retirement from touring, Dolly will have plenty to occupy her time, including a new rock album that is in the works, her Dollywood theme park, a new Christmas movie for NBC, and another lead movie role in “Run, Rose, Run” based on the novel she wrote with James Patterson.