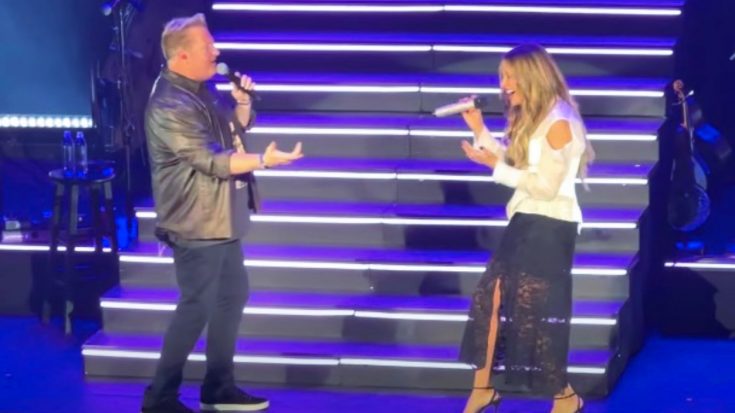 Carly Pearce was recognized by CMT as one of its “Artists of the Year” for 2022. Gary LeVox of Rascal Flatts presented the award to her during the ceremony.

It was fitting for LeVox to present the award, since he and Pearce have known each other for years. They toured together in the past, and have remained good friends.

“Was such an incredible honor getting to present Miss @carlypearce with the #CMTAOTY award last night,” LeVox said on Instagram. “To know you is to love ya girl, congrats and we all couldn’t be prouder of you.”

Pearce commented on his congratulatory post, saying, “Love you SO MUCH! It meant the world to have you there!“

Just two weeks later, LeVox and Pearce reunited again during her sold-out concert at the Ryman Auditorium. Pearce welcomed LeVox onstage as a surprise guest at the end of her show on Wednesday night (October 26).

LeVox later thanked Pearce for asking him to sing with her during the show. He said, “Watching you grow in your career has been one for the books and dang are your fans LOUD. Congratulations girl.”

If you weren’t able to attend Pearce’s show, you’re in luck. One attendee caught her duet with LeVox on camera, and shared the video on YouTube. Watch that video below.

We’d love to hear Pearce sing another song with LeVox in the future!