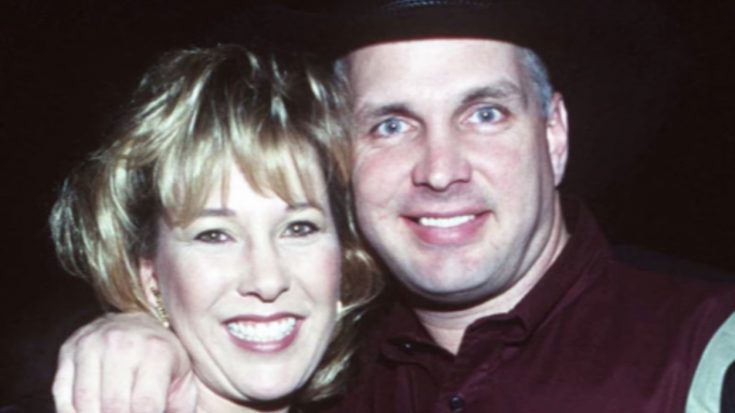 Garth Brooks is baring his soul in a two-part documentary that aired in December 2019 on A&E. “Garth Brooks: The Road I’m On” was filmed over a year-and-a-half and includes interviews with Brooks’ wife Trisha Yearwood, his three adult daughter and his ex-wife, Sandy Mahl.

Garth Brooks: The Road I’m On is coming this November to @AETV!! -Team Garth #GarthBio pic.twitter.com/z1V83TZy8h

Garth married Mahl, his college sweetheart, in 1986. A year later, the couple moved to Nashville so Garth could pursue his country music dream. Mahl was there through all of Garth’s success in the ’90s and even appeared in the video for his 1990 hit “Unanswered Prayers.”

But, the two would divorce in 2001, shortly after Garth announced his retirement from the music industry. Garth and Mahl put their daughters first, and for 14 years the pair developed a routine that would allow their daughters to see both parents every day.

Garth ex-wife has remained silent since their divorce, instead focusing on raising her children and developing a name for herself as a successful businesswoman and dedicated wildlife rehabilitator. But, Mahl is breaking her silence and sharing her side of the story in Garth’s new documentary. According to Garth, one of the documentary’s biggest surprises is Sandy’s interview.

“What really surprised me was Sandy, the girls’ mom. She was phenomenal,” the 57-year-old singer said in a recent interview. “[I was] gone so much on the road, there were things I guess she was trying to tell me that I didn’t hear until this biography. It’s rare you get to hear the other side. I just saw her and I think I hugged her harder than I ever have now that I know things that either I didn’t hear or that she didn’t say until now.”

Garth told the ladies of The Talk that hearing Sandy’s side of the story only made him love and respect her more. “And, I gotta tell you, I never wish divorce on anybody, but three kids and three parents worked out really, really well,” Brooks added.

.@GarthBrooks gets personal about his ex-wife, Sandy Mahl, appearing in his upcoming documentary "The Road I'm On." pic.twitter.com/UZcgBtDV09