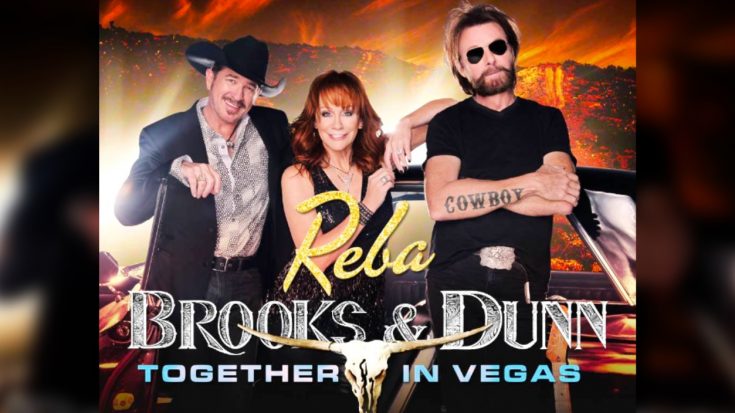 If you thought Reba McEntire and Brooks & Dunn were wrapping up their Las Vegas residency, you’d be wrong!

Even though they technically retired as a duo in 2010, Brooks & Dunn reunited to put on several Las Vegas shows with their good friend – and fellow legend – Reba McEntire beginning in June 2015. Called Together In Vegas, the show is very collaborative, as they all perform together for a number of songs, and each perform their own hits as well.

Tonight is the big night y'all! Reba McEntire and Brooks & Dunn #TogetherInVegas begins tonight at The Colosseum at Caesars Palace. Let us know if you'll be here to help kick us off!

Posted by The Colosseum at Caesars Palace on Wednesday, June 17, 2015

The residency was only initially scheduled with dates in 2015, but every year, they seem to keep adding more – including this year!

News just broke, thanks to a post from Reba herself, that she, Ronnie Dunn, and Kix Brooks, will be Together in Vegas once again – this time in the new decade.

Reba’s post initially said 14 dates, but according to Ticketmaster, there are 24.

Presale for all 2020 dates begin on Tuesday, December 3 at 10AM. You can buy tickets here.

Watch their opening medley from the show in the video below.