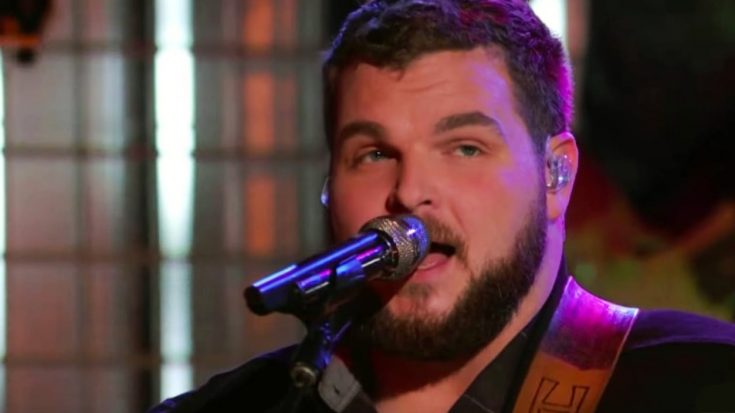 The standout country artist and eventual winner of Season 17 of The Voice was surprisingly not a member of Blake Shelton‘s team. Rather, he was a member of Team Kelly since he delivered his blind audition performance of a Luke Combs song.

That someone is of course, Jake Hoot.

After winning his battle and knockout, Hoot advanced to the live shows. His fate was placed in the viewers’ hands, and week after week, they voted him through. Eventually, they voted for him to win.

As a member of the Top 10, Hoot had to prepare an impressive performance in order to make it through to the next round. With a double elimination trimming the Top 10 down to the Top 8, the pressure was on for Hoot to wow viewers with his performance.

He relied on a popular 90s country song to help him do just that.

The song Hoot performed was “That Ain’t My Truck,” which was released by Rhett Akins in 1995. It claimed the third spot on the Hot Country Songs chart and went on to become Akins’ signature song.

Today, any good 90s country playlist you find online includes “That Ain’t My Truck.” It’s a timeless song that folks love decades after its release.

It was also the perfect song for Hoot to sing during his Top 10 live performance. “That Ain’t My Truck” is about as country as country songs get, and Hoot is a certified country singer.

The song gave him the chance to showcase his pure country sound, and viewers were impressed to say the least. One Twitter user named Marge Myers went so far as to say that Hoot “reminds me of a young Garth Books.”

Vote for Jake Hoot, he reminds me of a young Garth Brooks#The Voice

The whole thing was made all the more meaningful because Hoot sang in honor of someone who meant a lot to him. He told Clarkson in rehearsal that he wanted to dedicate his performance to his cousin who was killed while serving in Afghanistan.

We’re sure Hoot’s cousin would have been proud of his performance. You can listen to it below.

No wonder why Hoot has earned the respect of so many country fans. He knows how to sing a country song as it should be done!