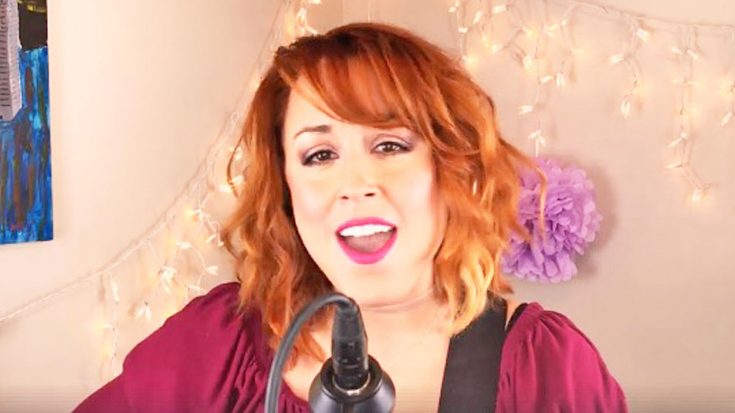 Those of you who tuned in to Season 12 of The Voice were likely fans of a young artist named Casi Joy. After singing since she was five years old, Joy decided to take her shot at stardom by appearing on The Voice.

While Joy definitely developed a strong following during her time on The Voice, she was eliminated during the first round of live shows. After she left the show, her loyal fans followed her to her social media accounts, where she frequently shares cover videos for everyone to enjoy.

On one occasion, Joy decided to deliver a dose of some old-school country sound with Tammy Wynette‘s “Stand by Your Man.” Co-written by Wynette, “Stand by Your Man” was a number one hit and became the signature song of her career.

Since the song is so iconic, it has been covered more times than we could ever count. Only a few recorded renditions exist, while most other covers are performed in a live setting.

You can go ahead and add Joy’s “Stand by Your Man” cover to the list of the best ones out there. With nothing more than the sound of her own acoustic guitar to back her up, Joy let her voice soar as she tackled every tricky high note the song threw her way.

Joy’s love for the song is clear, and you can hear the passion in her voice as she sings. She also explained how much the song means to her in the caption to her video, saying that she used to sing it as a child. Since she was so young, her mom had her make a slightly humorous change to the lyrics:

“I used to sing this in the opry shows when I was little, and my mom always had me sing “stand by your dad” instead of “man” since I was only ten. …We thought that would be more appropriate.”

Now, Joy sings the song as it was originally written, and she does a splendid job at it! Check out her cover in the clip below. Y’all are sure to enjoy it!

"Stand By Your Man" by Tammy Wynette (Cover by Casi Joy)

This #MusicMonday it's time for a classic! I used to sing this in the opry shows when I was little, and my mom always had me sing "stand by your dad" instead of "man" since I was only ten. …We thought that would be more appropriate. ?Now looking back, we see how totally awkward and weird that was, and laugh every time I sing it now. Try going through the song replacing the words and imagine my poor dad shrinking in his seat in the audience ? Oh the things we did back then. So here is "Stand By Your Man" by Tammy Wynette!