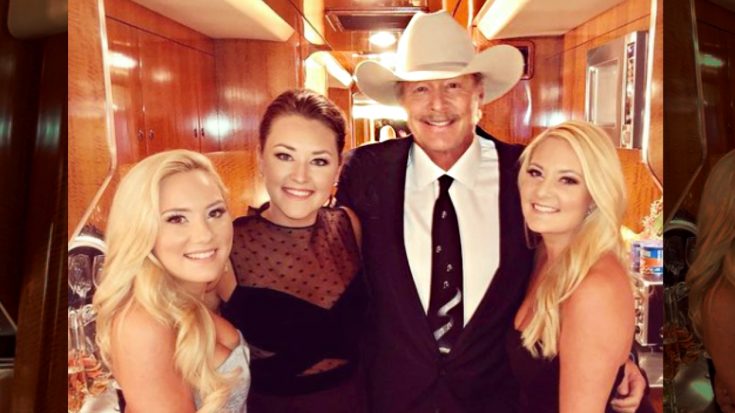 Alan Jackson wrote an emotional song for his daughter’s wedding, and the lyric video gives fans a glimpse into the singer’s family life.

The official lyric video for Jackson’s “You’ll Always Be My Baby (Written for Daughters’ Weddings)” is a tear-jerker. Throughout the song, Jackson shares family photos of his three daughters, Mattie, Dani, and Alexandra. As the song progresses, fans get to watch the three girls grow up to be young women.

“I wrote the song for Mattie’s wedding the summer of 2017, but it was so hard to do. I told ’em, ‘I wrote this for all of you,’” referencing his three daughters, Mattie, Ali, and Dani.”

“You’ll Always Be My Baby” is the latest track from Jackson’s highly anticipated album Where Have You Gone. The album will include 21 songs that are a “little harder country” than Jackson’s previous works. Where Have You Gone will be available everywhere on May 14, 2021.

Watch the full lyric video for “You’ll Always Be My Baby” in the following clip.