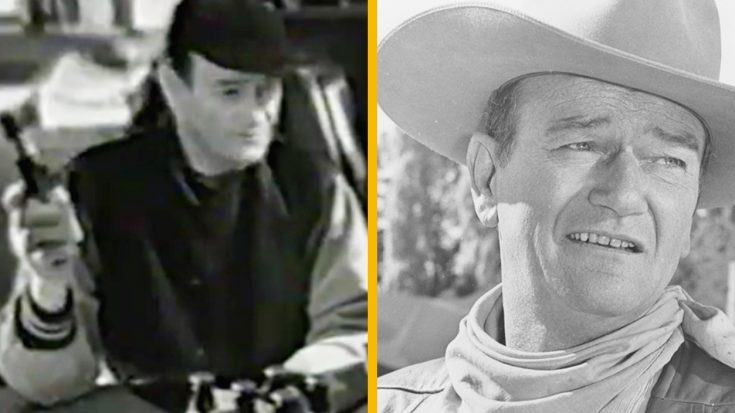 Legendary cowboy, John Wayne, died in 1979, but with the help of some movie-making magic, Wayne’s image became a vital part of a 1990s Coors Beer campaign.

Howie plays the role of the coach in the advertisement, which is titled “Rookie Camp.” In the commercial, Howie tells Jensen, rookie offensive lineman, “This isn’t college.” Unfortunately, Jensen cannot master how to block.

“If I get beat this time, cold ones for everybody,” the linebacker promises.

Howie decides to call for backup, and that’s when Wayne, the old coach, steps up. Wayne demonstrates the play to the team. In the ad, the Hollywood star commands:

“You’re never going to make a block with your center up. Keep it down, your head up, back straight. Keep a leg under you, then drive!”

Wayne quickly fires into action and knocks Jensen to the ground. At the end of the commercial, Jensen shuffles into Wayne’s office with a six-pack in hand.

To make the beer commercial come to life, the makers used footage from the 1953 movie Trouble Along the Way. In the film, Wayne played a coach who was hired at a university with financial troubles. Coors received permission from John Wayne’s family to use the content, and in return, Coors donated to the John Wayne Cancer Institute.

Watch the full commercial in the video below.